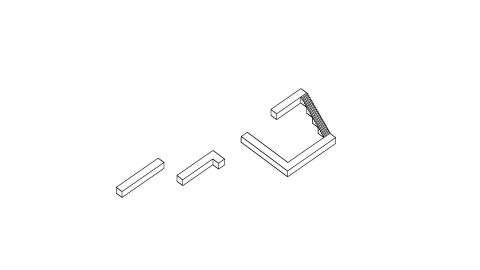 Echochrome looks arty. Pretentious. Snooty, even, but for all its edgy minimalism, few games provide such a colorful challenge. It’s a dignified and well-measured puzzler - and PS3 certainly needs some more of those.

As you can tell from the screenshots, Echochrome uses impossible structures like those conceived by MC Escher (that well-known hip hop artist), and gives you the apparently simple task of guiding an always-moving character from a starting point to various destinations around the structure, marked by shadows of your walking chap. The problem is, there are endless obstacles to thwart your chances of getting from A to B, and it’s in working around these obstructions that Echochrome delivers challenge. It tells you to think laterally and put your imagination to use. You don’t have direct control of where your character walks, so all you can do is set things up for him. And to do this you simply need to believe everything you see is a reality. Which, in Echochrome, it is.

Playing as the director of a game rather than the protagonist is oddly satisfying - and that’s essentially your role here. Camera control enables you to rotate and pan until you find a view that obscures an obstacle or brings paths together to form a joint. Then your chap can pass the obstacle or continue onto the new path through to a new area of the level. If there’s a hole in the floor, but it can’t be seen because of your handy camerawork, then there is no hole in the floor. The hole ceases to exist. If you can learn to get your head around that, you’ll go far in Echochrome.