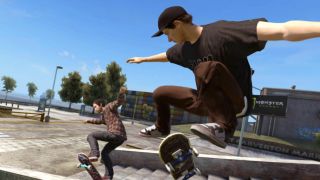 On the list of games people get excited about sequels for, Skate is right up there. It's got a cult following, legions of fans and a near legendary status on YouTube.

Over the weekend senior community manager Daniel Lingen tweeted this:

No context or follow up, but 10K+ retweets and 20K+ likes make it pretty clear that people are excited by the idea of a new Skate game. Wheely excited.

I'm not sure community people are usually the ones to announce new games but he is the boss of community engagement, so might well be testing the waters and seeing what the response is like.

Good. The response is good.