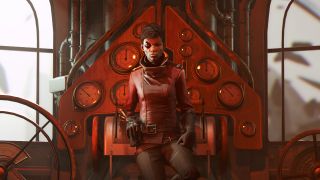 Dishonored: Death of the Outsider has been billed as the definitive conclusion to the Kaldwin revenge story that first kicked off in 2011 with the original Dishonored, which is a tall order to fill for a standalone expansion that’s only about 8-10 hours in length. Though Billy Lurk’s Karnaca-set quest to assassinate an immortal does tie together many of the loose ends from both Dishonored and last year’s sequel, I nevertheless found myself pondering several questions about the future of The Isles and its many inhabitants after completing Death of the Outsider.

These are intentionally open-ended mysteries left hanging by Arkane, I’m sure, as a way of drawing people back to the intrigue and intricacies of Dishonored long after Death of the Outsider’s release. Dishonored 3 hasn’t been ruled out either, so the following headscratchers could also be addressed by Arkane should it decide to treat us with another instalment in the future. Until then, though, here’s 6 of the biggest questions I have after playing through Dishonored: Death of the Outsider. Naturally, there are some big story spoilers ahead.

Why did Daud really want to kill the Outsider?

In Death of the Outsider’s reveal trailer, almost the first thing that Daud says to Billie - having not seen her for years - is a request for her help in killing “the black eyed bastard responsible for all the chaos.” The same thing pretty much happens in the game itself, albeit in a slightly different manner, but Daud’s determination (not to mention Billie’s immediate approval) for such a massive undertaking is never explained to a satisfying degree. Granted, you can halfway see why the pair would want to put an end to a man who has had such a negative impact on themselves and the world around them, but no one just wakes up one day and decides to kill a god.

What pushed Daud over the edge? Did something happen to him? We know his connection to the void is waning and his health isn’t in the best of spirits (he looks incredibly aged and eventually dies in his sleep, but he’s only 57 years old at the time), so does he resent the Outsider for these supposed side-effects of the mark? It’s quite possible that the upcoming novel, Dishonored: The Return of Daud, will provide more insight into the events that have shaped Daud since starring in his own Dishonored DLC, but it feels like his and Billie’s motivations for one of the most game-changing assassinations in Dishonored history were never truly fleshed out here, which left me wondering how well I actually knew these characters by the end of the game.

What was the deal with Billy's arm and eye?

This is probably the question that everybody will ask when first playing Death of the Outsider: why does the titular deity give Billy a weird ruby eye and void arm instead of his usual seal on the back of her hand? As confusing as it sounds, there’s actually a promising hypothesis which appears to convincingly answer this question, but it requires delving into the lore of Dishonored and understanding Arkane’s fascination with the concept of time. Deep breath, here goes.

Back in Dishonored 2, Emily or Corvo is tasked with finding Aramis Stilton, an old friend of Billy’s (then in disguise as Meagan Foster) who went missing some time ago. It’s revealed that Meagan herself went to look for him but got caught, and lost her eye and arm in the process. It turns out that Aramis is stuck in a time loop between the past and the present and, if you rescue him out of it, the past retcons itself so that he never went missing in the first place. Go and see Meagan again, and you’ll notice she has her eye and arm back. So, there are now two alternate realities: one where Billie has all her body parts intact, and one where she doesn’t.

The Outsider’s “gift” to Billy is emblematic of her connection to the void, then, as he is aware of both realities and the void is the one place where her eye and arm both exist and do not exist at the same time. If all of this is starting to make your head hurt, don’t worry, it hurts mine too, but it makes sense as Arkane’s clever way of incorporating Billy’s backstory into the events of Death of the Outsider.

Killing the Outsider without bringing in the help of Emily or Corvo reminds me of a scene in Ant-Man, in which Scott Lang questions why Hank Pym hasn’t yet called the Avengers for aid in the biggest heist of the century. While Billie did partake in the murder of Jessamine Kaldwin, a crime that’ll likely never be truly forgiven by the then Empress’ lover and daughter, she also played a crucial role in helping the family take back the throne in the events of Dishonored 2. With that considered, you’d have thought the least Emily could do is help Billie out a little by, say, cooling down the nation-wide hunt for her across Karnaca.

I’m sure both Corvo and Emily would have wanted a say in this little outing, too, seeing as they’re two of the few people who’ve also been touched by the Outsider’s mark. Billie didn’t leave on the greatest of terms with the Kaldwins, but they still owe her after all she did for them, which makes their absence here all the more puzzling.

Have we misunderstood the Outsider this whole time?

For the majority of the Dishonored series, players have perceived the Outsider to be a tricksy, somewhat malicious entity who enjoys working behind the scenes of The Isles’ shady ongoings, delivering his own twisted brand of justice whenever he feels like it. It’s part of the reason why Billie isn’t exactly his biggest fan but, upon entering the void itself, she finds not a machiavellian villain but an incarcerated victim, eternally held hostage by the void after being sacrificed to its hunger all those years ago. Take a long look at his face, and you see the face of someone in pain.

This shatters all of our preconceived notions about the Outsider since first meeting him at the beginning of the first Dishonored. Was he really an agent of his own free will, or just a helpless pawn following the dictates of the void itself? Alternatively, maybe all of his schemes and plots were out of resentment for his own plight, and inflicting pain upon others was nothing more than a sadistic form of therapy.

This also explains why the Outsider helps Billie to find him, even while knowing about her intentions; whether she kills him or sets him free, he finally has a chance to be put out of his misery and liberated from the clutches of the void once and for all. Where you draw your conclusions about the Outsider ultimately affects how you decide to put an end to his suffering, either with mercy or with the steel of your blade, but your actions can’t solve the unsolvable enigma of this now iconic character.

What happens to the void now?

After dealing with the Outsider, one way or another, Billie claims that - despite his demise - “the void is still there, echoing just beyond what you can see.” That makes sense, as we know that the void can exist regardless of whether someone speaks for it, but we also know that it periodically demands for a new human sacrifice every few millennia. With its most recent Outsider taken from it by force, when will the void’s appetite resurge, or will it respond to Billie’s actions more aggressively? Additionally, since it was the Outsider who originally gave them his mark, have Corvo, Emily, and Billie have all now lost their powers?

And what about The Empire’s dependence on Whale oil? It’s clear that whales hold some strange connection to the void in Dishonored, which is seemingly why their oil can be used as the continent’s main source of power, but will these recent disturbances have an effect on its strength? If so, Billie could have inadvertently plunged The Isles into another period of chaos and (literal) darkness. Best of luck with that, Emily...

Where does this leave us for Dishonored 3?

“The Outsider is no more, and with that, the world will change in ways that none of us can know”; Billie’s final words in the standalone expansion present an open page for the future of Arkane’s incredible stealth series. This may be the end of the Kaldwin saga, but the wider world of Dishonored itself is very much still in the picture, and we’ve only scratched the surface of its many locations for potential installments. A popular fan theory already doing the rounds is that, should Arkane adopt the non-lethal ending of Death of the Outsider as canon (as has been tradition), the next game could see you playing as the Outsider himself, now a mortal man and looking to seek revenge on the Abbey that turned him into an unwilling deity by cutting his throat all that time ago.

Alternatively, Arkane could fast forward a few thousand years to star an original character in a future setting with a newly ordained Outsider persona. Dishonored without its Outsider, after all, makes about as much sense as Tomb Raider without Lara Croft. This is all speculation at the moment, of course, but Death of the Outsider’s ending neatly closes the door on one saga while opening those of many others. I do hope we’ll see more of Dishonored in the future, not just to bring satisfaction to these questions, but because it's slowly turned into one of the best new IPs of its era.