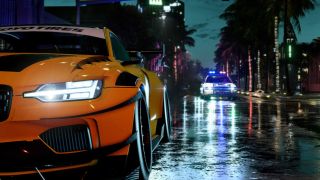 The studio behind Burnout is taking back over for the Need for Speed series after several years of behind-the-scenes support, while previous developer Ghost Games is scaling down.

The Need for Speed series has been led by a number of different development studios across its 25 years of history. It briefly went to Criterion for Need for Speed: Hot Pursuit and Most Wanted, then was the flagship franchise for Ghost Games. EA confirmed in a statement given to GamesIndustry that it's changing up the arrangement, citing difficulties with attracting enough game development talent to Gothenburg. Ghost Games is set to revert to its original name of EA Gothenburg and change its focus to engineering support - which sadly leaves 30 current jobs at risk.

"Ghost Games have helped to bring some great Need for Speed experiences to our players," EA's statement explains. "Consistently delivering that at AAA levels means we need teams with diverse skills in locations where we can continually support them and bring in new team members to join.

"Despite our best efforts to establish an independent development group in Gothenburg over several years, it's become clear that the breadth of talent we need to maintain a full AAA studio is just not available to us there. Criterion can also provide the consistent leadership that we need to continue creating and delivering new Need for Speed experiences for a long time to come."

Criterion is based in Guildford, which is also home to studios like Media Molecule, Supermassive, and Hello Games, among many others. The unspoken part of EA's statement is that the Need for Speed series has not flourished under the stewardship of Ghost Games - our Need for Speed Heat review found it still fell short of the Underground 2 heyday. Before that, Need for Speed Payback's aggressive monetization made it a low point for the series.

To be clear, the Criterion that exists today is quite different from the heady Burnout days: co-founders Alex Ward and Fiona Sperry left the studio in 2014 to form Three Fields Entertainment, while Criterion has continued as a support studio with prominent credits on the Star Wars Battlefront and Battlefield series.

While we wait to find out where Need for Speed is headed next, check out some picks from our guide to the best racing games.