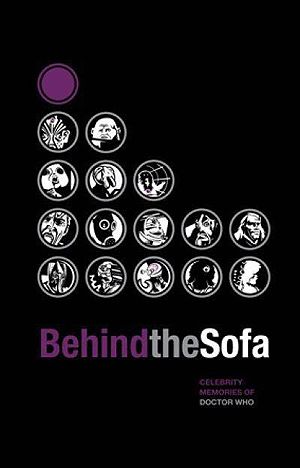 Celebrity Memories of Doctor Who

Tom Baker trapped under a polystyrene column. That’s very nearly my earliest memory, and it’s one of Doctor Who . The series, love it or loathe it, has been a part of pop culture for almost 50 years and the mark its made is vast, influencing generations of children and adults and shaping hundreds of thousands of memories. It’s an institution in the best way, a torch that gets passed from producer to producer, generation to generation.

But very few people ever focus on one facet: the Doctor’s drive to make people better. And when he can’t make them better, he helps them. That simple driving conceit, the compassionate need to offer help to those that need it, is what lies at the heart of Steve Berry’s book: a genius combination of childhood nostalgia and charity fundraiser. 100% of the royalties from this book go to Alzheimer’s Research UK, an organisation at the forefront of Alzheimer’s studies. A book about memories, helping a charity built around defending and repairing the memory. A book about the Doctor, dedicated to helping people. I can’t think of a better, worthier use for the character, or champion for the cause.

The book itself is huge fun, collecting around a hundred mini-essays from celebrities about their relationship with the show and what it means to them. They range from celebrity fans to actors and writers who’ve worked on the show and their memories are gloriously disparate and utterly unprejudiced. There’s no stepping into line with accepted fan wisdom here at all, just people talking with immense enthusiasm about what they loved and still love about the show. You’ll disagree with some of them, certainly, but there will be moments in here that will hit far closer to home than you might think.

Tony Lee’s joy at writing the words “Time Lord” for the first time as a Who writer is an early standout, as is his desire to go back in time and reassure his younger self that in the future, he gets to write the show he loves. Likewise, Gareth Roberts’ initial horror at fandom struck a chord, as did his palpable sense of relief when he found a like-minded circle of friends. That’s a common theme through many of these pieces; the series as a carrier wave for friendships and positive experiences. Chris Chibnall’s story about taking his son to the set for the first time, and his son calmly explaining to Dad where the cameras went when the Doctor went on an adventure, is an example; a single, perfect moment of father/son bonding, two generations of geeks building their own fanon as they tour the set. Once again, the Doctor makes people better.

The roll call of authors collected here is vastly impressive and, wonderfully, Steve Berry has made no attempt to pander to any particular group of fans with his choices. Roland Rat (yes, that one), shares his thoughts about Megan Fox as the first female Doctor on one page whilst further on Louise Mensch, controversial former Tory MP, holds forth about the way the tone of the series varies and how that works for her. Further on still, Charlie Brooker talks about the glorious trauma of the more violent Tom Baker stories and Mitch Benn discusses not only how irritating Adric was but how chilling it was when he died. Closer to the show, Nicholas Parsons recounts, with typical gentle self-deprecation, how he was mistaken for a Vicar whilst filming “The Curse Of Fenric” and Paul Cornell talks about the moment, as a young child, the Doctor inspired him to make the difficult choice rather than the obvious one. SFX ’s own editor Dave Bradley also shows up to talk about how much a fan of Nyssa and her maroon velvet jacket he is. Like everyone else here, he talks with eloquence, honesty, humour and love, not just for the show but the effect it’s had on his life.

Then there’s Michael Grade. The man who axed the show the first time round shows admirable courage by accepting Steve Berry’s offer and writes, as honestly as anyone else, about his decision, why he made it, why he stands by it and the way his opinions of the new series differ. Like so many people in the book, he talks about the way the show has brought him and his children together and that positive memory leads Grade to come out as the last thing anyone would expect him to be; a fan, of the new series at the very least. It’s a direct, open piece by the most hated man in certain areas of fandom and it’s a highlight of the book.

Behind The Sofa is a phenomenal achievement. The quality of writing, and reminiscence, here is massively impressive as is the cast Steve’s assembled and the beautiful black and white artwork by Ben Morris. Most of all though, this is a book that deserves both praise, and a place on your shelves, because it drills down to the most fundamental aspect of the Doctor’s character; he’s here to help, and he’d love for you to join him.

Behind The Sofa can be ordered online at www.doctorwhobook.com priced at £14.99. It is also available at www.amazon.co.uk , www.forbiddenplanet.com and many specialist comic book shops.