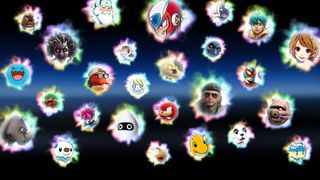 Super Smash Bros. Ultimate’s Spirits offer new and exciting ways to buff your favourite character’s stats, giving them special powers that can boost their performance in the game’s World of Light mode. Super Smash Bros. Ultimate players must team up with various Spirits to free the iconic Nintendo characters that have been imprisoned by the villainous entity known as Galeem. Saving Smash Ultimate’s gigantic roster from Galeem’s clutches is not an easy task, especially when taking on foes towards the end of the game. As a result, building a strong team that you can rely on is of vital importance, but with a massive 1,303 Spirits to choose from, it can be rather difficult to know which ones you should spend time upgrading and which ones you should avoid. To make things a little easier, we’ve outlined seven of the best Super Smash Bros. Ultimate Spirits you should be using, detailing everything from their abilities, strengths, and how you can unlock them.

How to unlock Spirits in Super Smash Bros. Ultimate

There are a few ways you can unlock Spirits in Smash Bros. Ultimate, but the easiest way to earn them is by simply playing through the World of Light mode. Most of the fearsome foes you fight will be possessed by a Spirit, so simply defeat them in battle to obtain the Spirit that controls them. Spirits can also be earned through beating the challengers over on the Spirit Board. This separate game mode allows you to earn Spirits by fighting any of the foes that are displayed, but you only have one shot, and a limited amount of time to earn them before they disappear. Once you’ve beaten you’re chosen foe, you’ll get the chance to free them by firing a blaster through the gap in their shield. While missing the shot won’t unlock the character, it will still deal damage to the enemy’s shield, making it easier to unlock them upon your next encounter.

We recommended purchasing both the Sluggish Shield and Shield Spacer items from the shop as they help slow and increase the gap of enemy shields, giving you a better shot of the character encased within. These items are especially useful when facing the game’s Legendary Spirits, so be prepared to use them if you want to increase your chances of netting yourself a victory. You can also purchase Spirits from the in-game shop with the money you’ve earned from brawling, so make sure you take a look at the new stock every once in a while. Lastly, completing certain Vault challenges will also unlock a few Spirits, giving you yet another way to collect even more virtual companions.

Walhart is one the best support Spirits in the entire game thanks to his Slow Super Armor ability, which makes it more difficult for enemies to flinch or launch you. This brute support’s only caveat is his lacklustre movement speed, but this doesn’t really matter when you can continuously barrage your foes with a flurry of attacks. Enemy Spirits can hit incredibly hard and it’s not always easy to lay down consistent damage, especially when dealing with multiple foes at once. Walhart effectively decreases the chances of you getting flinched and allows you to adopt a hyper-aggressive approach to combat. Pair this tanky support with a high offensive primary Spirit, and you have an impenetrable defence that even the toughest of enemies won't be able to break through. Walhart can be found in the western Badlands right next to the broken bridge.

Street Fighter’s Akuma is an absolute monster. This Legendary primary Spirit hits like a truck thanks to his incredible raw power (7941) and excellent defence (5294). As a result, Akuma can comfortably carry you through most of the battles in World of Light, but you’ll need to rely on the Spirit Board if you wish to unlock him before you face Galeem. Akuma’s only downside is his lack of support slots, forcing you to simply rely on brute force to beat your opponents. However, this is only a small price to pay as you’ll be knocking your foes offstage without breaking a sweat. If Akuma hasn’t appeared in the Spirit Board listing, then you can find him in Dracula’s Castle after beating Galeem.

Who doesn’t like to send their foes hurtling off-screen with a well-timed smash attack? Thankfully, Victini understands just how satisfying this mechanic is and gives you the opportunity to transform your regular smash attacks into hyper smash attacks. Hyper smash attacks have a lower windup time and hit even harder than their regular counterparts. Victini only takes up one slot, making this cute critter useable in pretty much any setup, but to unleash this Pokémon’s true potential, try pairing it with high damage primary Spirits to unleash some truly devastating smash attacks. You can find Victini in the Power Plant Zone, which is found northwest of the Poison Woods.

This two slot Spirit can be obtained after enhancing Jeanne when she reaches level 99. Cutie J makes dodging more easier, allowing you to effectively run rings around your opponent. This ability may not be as interesting as the Super Armor or Hyper Smash skills, but it is incredibly useful when you want to avoid taking a supercharged hit from a powerful enemy. You can find Bayonetta in The Final Battle area of the game, which can only be accessed after clearing the three dungeons in the Dark Realm and beating Master Hand. Once you have beaten Bayonetta, you’ll be given the Jeanne Spirit. Simply head over to your Spirits Collection and level her up until she is fully upgraded. You definitely won’t regret investing in this witch’s power.

Celebi is another mythical Pokémon that happens to be extremely useful in Smash Ultimate’s World of Light mode. The guardian of the forest’s ability heals you for five per cent every five seconds, making it incredibly useful in boss fights. However, it does take three slots, but if you find yourself struggling to survive or need to give a squishy character some added survivability, then you can’t go wrong with Celebi. To find Celebi, simply head over to the Dark Realm and take the west path until you reach the lower segment of the map. You should notice that the map is divided into three triforce segments, with the lower one being the Lost Woods. Head into the centre of the Lost Woods and defeat Mewtwo to obtain your mythical Pokémon prize.

Soma Cruz is one of the best neutral Spirits in the entire game, but you’ll need to beat Dracula and enhance him to level 99 if you want to reap the rewards. This spirit comes packed with three slots, 6,275 raw attack power, 4,734 raw defence, and has the Giant Killer ability. If you combine Soma Cruz with three strong support Spirits, then you can easily achieve a 15K team power rating. His Giant Killer ability may be situational, but dealing extra damage to monolithic foes is no bad thing, especially in the late-game where your enemies really pack a punch. To obtain this spirit, you’ll need to enter the Dark Realm and head east through the clock ruins.

Animal Crossing’s Cyrus and Reese can make fights a whole lot easier if you’re struggling to survive against Galeem’s nightmarish puppets. By equipping this support spirit, you’ll be able to start every fight with an Ore Club. This hard-hitting item can deliver deadly charged smash attacks and can unleash a tornado that travels across the stage, dealing multiple hits to enemies, and sweeping any ground-based items up into the air. You also gain super armour when charging, so don’t be afraid to take a few hits when wielding this otherworldly weapon. The Ore Club may be incredibly powerful, but it does take up three support slots and disappears after a few uses, so you’ll need to kill your enemy quickly if you wish to claim a decisive victory. Cyrus and Reese can be found in lurking the Poison Woods.

Look for some more SSBU help? Then check out the best Super Smash Bros. Ultimate characters to use in the fight.