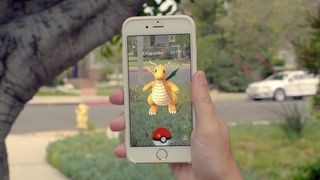 It's pretty conclusive: you want to hunt Pokemon, not just find them lying about the place. In a recent poll we conducted a near unanimous 94% of you voted that the tracker was a vital part of the Pokemon Go experience.

If you're not up to speed then the tracker was an in-game system that used a footprint count to indicate the distance to hidden Pokemon. It added a whole extra edge to the game as you moved around in search of that elusive Vaporeon. Without it you're just collecting what you can see and grinding numbers.

So what happened? The three-step glitch as it was called meant that everything appeared three steps away no matter how far you moved, making it impossible to track or find anything. Niantic has removed the feature from Pokemon Go all together while trying to fix it, and also unhelpfully shut down unofficial trackers that were filling the gap.

Despite that vote it hasn't exactly stopped you playing - Pokemon Go has made $130 million already) and that's with all the problems and an initial lack of communication from developer Niantic. Given those figures and that vote it'll interesting to see what happens when the tracker comes back...