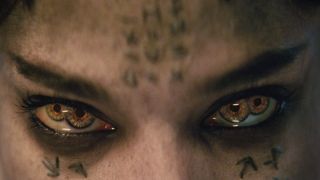 We’ve had so many sequels, reboots, and remakes recently that the idea of one more - in the form of Alex Kurtzman’s The Mummy - isn’t exactly thrilling news. After all, it hasn’t been that long since we watched Brendan Fraser and Rachel Weisz take down Imhotep using a combination of cheesy one-liners and over-the-top acting. However, there are a few reasons to give this new version a chance, which I discovered when I sat down with director Alex Kurtzman in LA after a screening of the first trailer. Think you know The Mummy movie you’ll be getting next year? Think again.

It’s about time we had a female Mummy monster on the big screen, but that didn’t stop some from claiming Sofia Boutella’s casting was nothing more than a gimmick. As Kurtzman explains, there’s actually a really good reason that the Mummy is female this time round and it ties into the story. “I think that making the Mummy a woman, for me, was the reason to do the movie,” he explains. “In my building of the script over the course of the last couple of years, there was a period of time where the Mummy was a man. I kept reaching for: ‘How do I make the story different? What is different about this character and this Mummy’s backstory?’ I couldn’t really find anything that felt different enough. It all kind of felt like: ‘Yeah, there are elements that are different, but ultimately it’s just not different enough.’ This voice in my head was saying: ‘Make it a woman, make it a woman’.”

He continues: “When I started listening to that voice, a world opened up, because Sofia’s character, Ahmanet, went through something really horrific and terrible. So suddenly, that story, for her, felt different and fresh, and very different from the other Mummy movies. The decision to make the Mummy a woman, opened up a lot of story doors that otherwise would not have been opened. I guess without revealing too much, what I’ll say is: there was a life that she was told she was going to have, that she expected, that she was raised to have, that she was raised to understand; so everything about her was geared towards that. And then she was potentially betrayed by someone that she loved, and it all got taken away. Her gender may or may not have had something to do with that. Because of all that, I believe that we have a character whose motives are understandable and relatable.”

2. You’ll feel sorry for the monster

It’s tough to make viewers feel bad for the monster in a movie, but Kurtzman relishes that challenge. He doesn’t just want you to understand the villain, Ahmanet, he wants you to be afraid of what will happen to the energy-sucking hell beast that’s trying to take over the world.

He says: “To me, the defining characteristic of a monster movie is that you fear the monster and you fear for the monster. And that requires empathy. It requires the audience to actually care about the monster – not necessarily agree with what the monster is doing, but care about them. I think that’s what separates the Universal monsters from other horror movies – or, let’s say, slasher movies.”

“I knew that no matter how much prosthetic or makeup or CG or whatever we do to her face, if you look at her eyes, you’re going to see something emotional there,” he elaborates. “That was, to me, the prerequisite of the movie. If I couldn’t get that, then I don’t think it’s a successful monster movie”.

With remakes and sequels, it’s easy to ride the coattails of the original and include loads of nods and Easter eggs for fans to get excited about. While you might find the odd reference in Kurtzman’s movie, it’s more likely to be about the 1932 version than the Brendan Fraser films.

“I think the tone of that movie [1999’s The Mummy] is very, very different from the tone of our movie,” he says. “But, what I saw in that movie was a lot of homage to the original Karloff movie [1932’s The Mummy] – down to the character of Imhotep and his backstory. That movie exists in a broader universe that’s tonally really different from ours. It didn’t feel like the real world; it felt like a big heightened movie world – which is great and fine; it’s just different from ours. Even though we’re in a different universe from the Brendan Fraser universe, there may be a nod or two. But I think the movie that certainly influenced me – and I think all of us – was the Karloff movie”.

4. It’ll be funnier than you think but not in a one-liner kind of way

Even great scary movies have elements of horror but that doesn’t mean you want your hero to be cracking jokes while he’s running for his life. The Fast and the Furious franchise can keep the one-liners, The Mummy is going to try something different.

Alex Kurtzman: “There will also be a lot of humour in our movie – probably more than the teaser suggests. But the kind of humour that comes from characters reacting in really human ways to situations that are insane – as opposed to making one-liners in the face of danger, which is not something that we ever want to do in this movie. The humour comes from genuine human reactions to monsters, and to the horror of monsters. That, to me, is less about dialogue and more about behaviour. And that’s where our humour will come from”.

5. It’s the beginning of a shared monster cinematic universe... but don’t panic

We already knew that The Mummy would be kicking off a shared monster cinematic universe for Universal, but if you’re worried about another lackluster version of the MCU, fear not, as Kurtzman will calm your worries with his sweet words. “Speaking as an audience member, if you’re trying to sell me on a universe, I don’t want you to throw a bunch of people in just because they’re a name that I recognise. I think the only way to build a universe is to have individual movies that work – and let the audience fall in love with those individual characters. And then if there’s an organic story reason to bring them together – great!

“But,” he continues, “The Mummy needs to exist as its own movie. It needs to be a Mummy movie, first and foremost. If in the context of The Mummy movie we can introduce another character that has a reason to be in that movie, like Henry Jekyll [played by Russell Crowe]”.

I’m going to hold my hands up and say, I wasn’t a huge fan of Tom Cruise’s casting in The Mummy when it was first announced, but Kurtzman may have convinced me otherwise when he talks about what our hero will be up against. “When I go to a Tom Cruise movie, my assumption is: Tom’s going to save the day,” he says. “That’s just what I know because I’ve seen so many Tom Cruise movies. I think for a monster movie to work and to scare me, my lead character has to be in the kind of jeopardy that I don’t believe he or she could get out of. And if I want to take that fear to the next level, I want to believe that maybe that character will act unpredictably – like, maybe they’ll do things even they don’t want to do. If I can get the audience to believe that about Tom, then it really becomes unique”.

He continues: “That, again, goes back to the idea of a curse. Because once you’re cursed in some way, things are going to start happening to you that you can’t control. And when you have a character like Tom’s character who thinks he can control anything and he suddenly finds himself in a situation where he can control nothing – [laughs] now you’ve got a movie. Now you’ve got something very different, and a character story that I think will feel surprising”.

7. The ‘good guys’ are monsters too

This isn’t a classic black hats versus white hats story; this is a world of monsters. The organisation that is trying to contain Ahmanet is run by none other than Russell Crowe’s Dr Jekyll, who has a few monster issues of his own. Kurtzman tells me that: “Sometimes, monsters can be used for good, and sometimes monsters have to be destroyed. It’s up to our organisation to figure it out. The problem is, the person who seems to be the face of the organisation may or may not be trustworthy, and may or may not himself be a monster. So what does that mean?”

He finishes by saying: “I think there’s a complexity there that to me is very interesting. But I think, fundamentally, what the organisation sort of asks is: ‘What makes a monster?’ Because they’re actually not that far from humans. I think the best monsters are the ones that reflect some aspect of our humanity. They’re mirrored for us”.