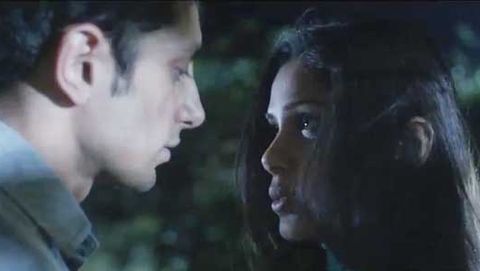 When Top Gear went to India for its Christmas special, the show was deemed offensive enough to prompt an official complaint. Presumably the Indian High Commission will be more receptive to Michael Winterbottom’s newest, even if it does paint the country as one riven by gender inequality and class divisions.

Marking the prolific British director’s third take (after Jude and The Claim ) on a novel by Thomas Hardy, Trishna relocates Tess Of The D’Urbervilles to the subcontinent in a bold modernisation that still hews pretty closely to the original’s tragic text.

This poses a few problems to be fair, a climactic veer into lethal fatalism seeming as incongruous in this setting as the film’s Bollywood dance number would appear in Hardy’s Wessex.

But for the most part, this is a vivid, beautifully shot extrapolation of the book’s timeless themes which, whether in dusty Rajasthan or bustling Bombay, takes full advantage of its exotic locations.

Tess here is the titular Trishna (Freida Pinto), a poor man’s daughter who accepts a job in a posh resort after her father’s injured in a road accident.

There she’s persistently courted by the hotel owner’s son, Jay (Riz Ahmed). Whisked away to Mumbai, Trishna gets a brief glimpse of a new life as a backing dancer. But then fate takes another turn…

Resembling at times a gloomier Slumdog , Winterbottom’s movie doesn’t hang together quite as well, requiring a transformation from Ahmed that the Four Lions actor battles to make credible.

But given how many literary adaps bow down to their inspirations, it’s refreshing to see one find a route into the material that feels both respectfully faithful and daringly innovative.