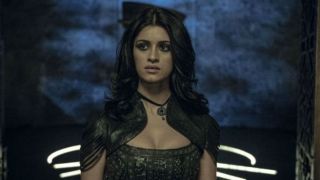 Whether The Witcher Netflix series was your first adventure beyond the books with Geralt, or perhaps you discovered the world of The Continent through the video games, you are – if you have consumed both adaptations – bound to prefer one over the other. That's not the case with Witcher creator Andrzej Sapkowski, who thinks comparing the two is a futile exercise

“In my opinion TV series and video games – any of them – cannot be compared,” Sapkowski told io9. The Polish author bizarrely expanded on his idea with a comparison that is a (culinary) world away from apples and oranges: “They are too different in approach, making – and objective. You cannot compare spaghetti carbonara with a bicycle. Even though both have advantages and disadvantages.”

Sapkowski went on to reveal why he gave his blessing to the Netflix series and the games, despite their inherent differences. On the former, he admitted: “I must confess I was reluctant at first. I have been approached before by many people, mostly far from being serious. So I practically lost hope and was difficult to persuade when suddenly another offer appeared. But this specific offer was businesslike and the people behind it sympathetic. I had every reason to react positively.”

While Sapkowski said he wasn’t involved in the creative process “very much”, The Witcher Netflix series showrunner Lauren S. Hissrich recently relayed to GamesRadar+ the best advice the author gave her during production. “He taught me to hire people that I trust, and to then trust them to do their jobs," she said. "So he hired me to adapt this piece of work, and he is actually allowing me to do it. And that’s what’s so incredible. He is not a micro-manager.”

He may have headstrong opinions, but Sapkowski is refusing to choose between the two adaptations of his work. Essentially: enjoy whichever version of The Witcher you prefer – or both, if you like carbonara and bicycles.

Keep things in chronological order with our complete Witcher timeline.