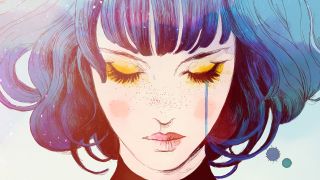 2018's indie darling Gris is making its way onto Apple mobile devices August 22 and is available for pre-order right now via the Apple App Store. The narrative-heavy, emotionally-gripping platformer is currently available for download on PC and Nintendo Switch.

Gris was released in December of last year to mostly-glowing reviews praising its art direction, story, and soundtrack. It's a nebulous story of loneliness and grief told symbolically through the main character's physical journey through the world's varying, treacherous landscapes. At just about four hours in length, Gris just screams indie, and that reflects in its wallet-friendly price tag.

The PC and Switch versions of Gris normally retail for $16.99, while the upcoming Apple mobile version is available for pre-order for just $4.99. Clearly, the version designed for Apple mobile devices is far-and-away the most economical way to experience Gris, however it isn't clear as of yet what shortcomings might be present in the mobile-only port. Considering it seems to be running just fine on the Switch, we aren't expecting anything too incredibly compromising on the iOS platform.

Oddly enough, Gris isn't the only wistful, evocative indie title just announced to be coming to Apple mobile devices. Just a few days ago, we learned that the 2012 walking simulator Dear Esther would be joining the Apple mobile family sometime later this year, so now you'll have no shortage of reflective, sorrowful games to keep you company on your way to work. As far as we're concerned, more visibility for indie games is always a good thing.

Check out our list of the best indie games of 2019 (and beyond).