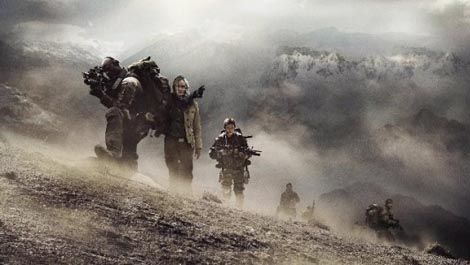 Presumably more exciting to make than to watch, this ludicrous feature-length glorification of the French special forces from writer-director Stéphane Rybojad involves an elite unit attempting to rescue a kidnapped female journalist (Diane Kruger) from the clutches of the Taliban in the Afghanistan-Pakistan borderlands.

You can spend the running time calculating which of the stock characters (leader, maverick, loner etc) will manage to complete the trek across the Hindu Kush, toting up how many bearded enemy fighters are cut down in the firefights, and which far better American war films are being pillaged for ideas and set-pieces.

A waste of a talented cast, although the use of Big Audio Dynamite’s 'E=MC2' during the initial helicopter attack gains the film an extra star.