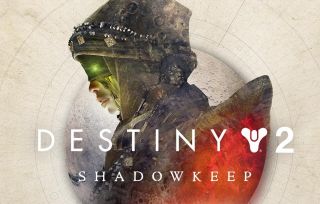 For the first time in years, we won't get a major Destiny release in September. As Bungie announced today, the Destiny 2 Shadowkeep expansion and the accompanying Destiny 2 free to play version, New Light, have been delayed from September 17 to October 1 to give them "a bit more time in the oven."

"Being independent means that the future of Destiny 2 is entirely on our team," said franchise director Luke Smith and general manager Mark Noseworthy. "It also means that we’re agile enough to choose to do what's best for the game and our players, even if it's the hard choice … This Fall is the first step on a journey for what our team wants Destiny 2 to become - a place for you and your friends to play anytime, anywhere; owning the action MMO and RPG elements that we love about the game; and crushing barriers to entry for friends. We just need a bit of extra time to take the first step."

As a result of this delay, the world-first race for the Garden of Salvation raid - casually raid name reveal - coming in Shadowkeep will now begin on Saturday, October 5. On the upside, the ongoing Destiny 2 Moments of Triumph 2019 event will be extended through September 17, giving players an extra three weeks to polish off their challenges. An extra Iron Banner event will also be held the week of September 17 to help fill the void.

Ahead of Shadowkeep's revised release date, Bungie says Destiny 2 cross save will arrive "later this summer," so if you plan on playing a new platform, you should have plenty of time to get settled.