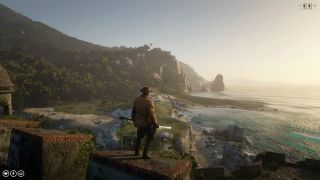 New rumours suggest Rockstar Games could be working on a brand new IP for the next-generation of consoles that's set in a European medieval time period.

While most presume the acclaimed developer is working on GTA 6 for PS5 and Xbox Series X after its best-selling western sequel released last year, a now edited Linkedin post from Rockstar character artist Pawas Saxena point to Project Medieval - a title that was rumoured to be shelved some years ago by the company - is now back in active development.

An additional new rumour on Reddit, which should be taken with far more salt than the Linkedin post, also claims that this medieval game will feature a heavy focus on swordfighting and one-to-one duels, which would mark a radical departure from Rockstar's usual focus on gunplay.

It's hard to know what to make of this latest slate of info, especially as gossip surrounding the existence of Bully 2 has also been making the rounds in recent months, while GTA 5's Trevor himself - Steven Ogg - has teased that GTA 6 is releasing "soon".

Rockstar has also been hiring talent to work on a next-gen, open world game recently, but this could relate to any of the several potential IPs rumoured to be in the works at the studio. We'll let you know if and when we hear anything more.

For more, check out the biggest Black Friday game deals already available online, or watch below for our latest episode of Dialogue Options.