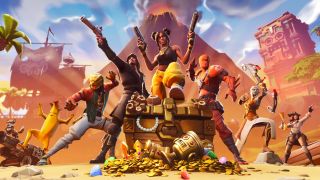 With the likes of Google Stadia, Microsoft's Project xCloud, and PlayStation Now all either out or on the way, it very much appears as though the future of gaming is an all-digital one, powered entirely by cloud server technology streaming directly into the homes of anyone with a half decent internet connection.

But what about Nintendo? Never one to follow the trends, you won't be surprised to hear that this particular video game company has no plans as of yet to release a streaming subscription service for its Nintendo Switch console though, in an interview with TechCrunch at E3 2019, Nintendo of America executive Charlie Scibetta didn't rule out the possibility.

The upcoming Switch games for 2019 (and beyond)

"Streaming is certainly interesting technology" explained Scibetta, confirming that "Nintendo is keeping a close eye on it and we're evaluating it. We don't have anything to announce right now in terms of adopting that technology. For us, it's still physical and it’s digital downloads through our eShop."

Similarly, Nintendo of America's newly crowned President Doug Bowser also told The Hollywood Reporter that Nintendo is "always interested in how various new technologies can enable different ways to play games", so there's every chance it could jump on streaming in the future.

For now, though, Switch players need not worry about having to subscribe to anything other than Nintendo Online for enjoying their favourite games on the portable console, but it's worth watching this space nonetheless to see if one of the biggest video game companies in the world eventually gets on board with an all digital future.

For more, check out the best Nintendo Switch games to play right now, or watch the video below for a guide to everything else out this week.