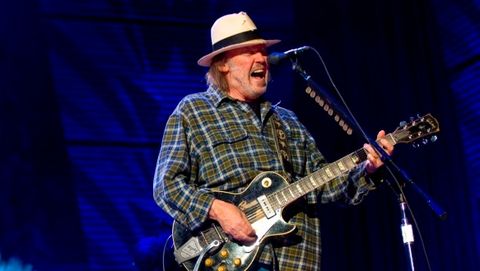 When soft nostalgia is the norm for many ageing rockers, Neil Young’s doggedness is an example to cherish.

The interviews are less thrilling than the gig footage, though, which looms close on Young as he makes guitars belch, flobs on the camera, mangles classics and draws heavily on his fractious 2010 album, Le Noise .

If this is raging against the dying of the light, long may he rage.