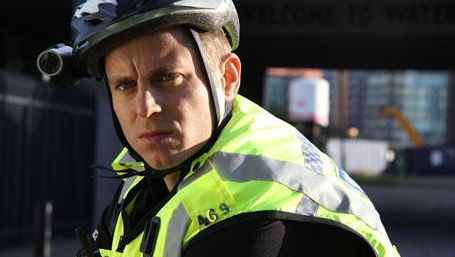 When cycle-cop-turned-crazed vigilante Baz (Kevin Bishop) asks a crook, “May I kill you?” the surly answer is, “Whatever!”

If only such indifference were possible when faced with Stuart Urban’s grim black comedy.

Taking the 2011 riots as inspiration, and proposing police ultraviolence as a (barely) tongue-in-cheek solution, it’s poorly made and in poorer taste.

“Anyone else speak English and been raped?” Baz asks a truck full of trafficked women.

It’s one of the better lines in a satire so blunt it makes an early – but compelling – case for most misguided film of 2013.