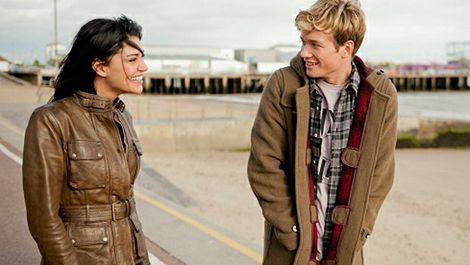 Ed Speleers is the teenager trying to romance American blogger Jessica Szohr, whose party piece is swallowing bananas and who’s reluctant to go out while there's a full moon….

It’s a long 35 minutes until the bodies start appearing, during which the film relies on sixth-form knob gags and Timothy Spall eating scenery as a riddle-spouting wolf slayer.

Forget any traces of werewolf credibility - watch this only for Robert Pugh as a copper trying to bring Met tactics to Herne Bay.