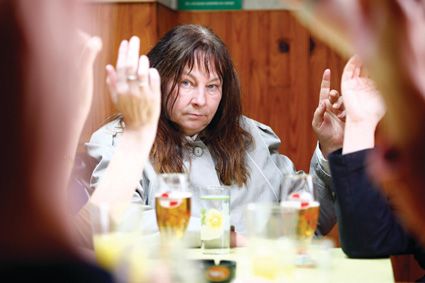 Louise (Yolande Moreau) is an ex-con who hooks up with hapless assassin Michel (Bouli Lanners) to kill the boss who closed down a clothing factory, leaving Louise and her co-workers redundant.

The laughs are defiantly non-PC, but there’s no doubting the sympathetic handling of the working-class heroes, nor the righteous rage at the injustices of contemporary capitalism.