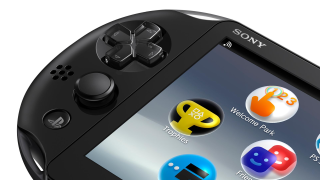 Last year Sony confirmed that no more first-party games would be developed for PlayStation Vita. Although far from the final nail in its shiny black coffin, the message was clear. Despite this lack of faith, and a history of disappointing sales, the Vita is a magnificent piece of hardware, with one of the most diverse software libraries on any console, as our best PS Vita games list confirms. It deserved better.

But it took a while to figure itself out. Its biggest launch title was Uncharted: The Golden Abyss, which was a decent attempt to squeeze Nathan Drake into a handheld, but fundamentally misunderstood the strengths of a portable console. Cinematic, story-heavy action games like Uncharted are great in your living room, but a poor fit for a device designed to be played in relatively short bursts on trains and in waiting rooms.

I understand why Uncharted had to be Vita’s poster boy, though. Sony was going up against the wildly popular 3DS, and they needed to show people what their handheld could do what Nintendo’s couldn’t. You simply couldn’t get games with the visual fidelity and high-end production values of The Golden Abyss on 3DS, and that, Sony thought, was their trump card.

But after a promising start in Japan, things weren’t looking good. High-profile releases like Call of Duty and Assassin’s Creed failed to push Vita in in the West, and Capcom’s decision to release the Monster Hunter series exclusively for 3DS was a major blow. Monster Hunter almost single-handedly kept the PSP afloat in Japan, and its absence was one of many reasons why Sony were forced to scale back their expectations for the Vita.

After the launch of PlayStation 4 in 2014, their attention shifted to the new console and Vita development was largely left to third-party developers. This could have been the end, but it’s around this time that the Vita finally found its place in the world and matured into something much more interesting than the handheld Uncharted machine it was originally marketed as.

In recent years it’s become a wonderful platform for indie games, Japanese RPGs, visual novels, and other unique, offbeat titles. And it’s one of the best ways to dig through Sony’s library of old PSP and PSone games. This is what makes it a great handheld—not the fact that you can play a clumsy, scaled-down version of Call of Duty on it.

The variety and versatility of the games is why my Vita isn’t lying forgotten in a drawer, covered in dust. There’s something for every occasion, whether you’ve got a few hours to kill waiting for a connecting flight or ten spare minutes on a bus. With a Vita and the right games you’ll never be bored again, and sometimes I actually find myself looking forward to a long journey because I know I’ll get to spend some quality time with it.

For instant fun, I keep coming back to games like the delightful Everybody’s Golf. This deceptively deep sim strikes a masterful balance of challenge and accessibility, and playing a few holes while doing something else—like listening to a podcast—makes time evaporate. Or there’s Lumines: Electronic Symphony, a hypnotic and madly addictive music puzzler that has similar time-bending properties. Both are perfect for dipping in and out.

But if you want something more substantial there’s the mighty Persona 4: Golden, a massive JRPG that sees you dividing your time between dungeon crawling and living the life of a schoolboy in a small Japanese town. Or you can get lost in the deliciously dark visual novel Danganronpa: Trigger Happy Havoc, in which a sinister villain traps a group of kids in a prison-like school and promises to free anyone who kills one of their classmates. It’s a brilliantly written, hilarious series of murder mysteries.

And as for weird, interesting indie games, you’re spoiled for choice. There’s brutal top-down brawler Hotline Miami, fiendishly clever puzzle-platformer Fez, trippy exploration game Proteus, and gorgeous interactive art thing Hohokum. Many of these have appeared on other formats, but on Vita you can enjoy them on the move without being shackled to your couch or PC. Be warned, though: having procedural platformer Spelunky on an easily accessible portable device may seriously hinder your productivity.

The PSone archive isn’t as comprehensive as it could be. I’m still eagerly, and perhaps foolishly, awaiting the day when PaRappa the Rapper finally appears on the EU store. But it’s still a fine selection, including genuine classics like Castlevania: Symphony of the Night, Resident Evil, Vagrant Story, Ridge Racer Type 4, and Silent Hill. I always wanted to replay Final Fantasy VII, but never found the time to sit down and actually do it. But now I can play it on my Vita whenever I feel the urge, wherever I am.

And I haven’t even talked about the design of the machine itself yet. It may lack the beautiful OLED display of the original Vita, but the lighter, smaller 2014 model feels lovely in your hands. And the very idea of a handheld console having two analogue sticks, touch controls, Wi-Fi, and a big, wide screen is positively luxurious. It’s one of Sony’s prettiest PlayStation designs, even though I have to carry a lint-free cloth around with me to deal with all the fingerprints. A small price to pay for something so shiny.

Vita isn’t dead yet. Some great games have been released for it this year including Volume, Oddworld: New ‘n’ Tasty, Hitman Go, Axiom Verge, SteamWorld Heist, and Zero Time Dilemma. And just last week Square Enix launched the brilliant Dragon Quest Builders, a charming Minecraft-inspired RPG that I’ve been playing so much I’ve been having dreams about it. But the release schedule is thinning out, and it won’t be long before Vita becomes an afterthought for most game developers.

But if you’ve never owned one, don’t let that put you off. With such an incredible back catalogue, and most games being available to download from the PlayStation Store, it’s never too late to buy a Vita. Nintendo have embraced mobile gaming, and Sony are following suit, but playing a game on a phone will never be as good as playing it on a dedicated machine with clicky, tactile buttons. Vita is probably considered a failure by Sony’s number crunchers, and even some gamers, but in my eyes it’s one of the best handhelds ever made, and one of the best consoles they’ve ever released.