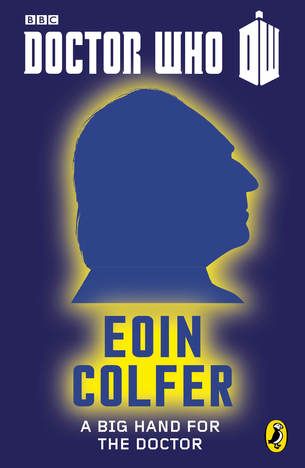 Doctor Who: A Big Hand For The Doctor by Eoin Colfer book review: Aliens lend the Doctor a hand. Literally.

Anniversary fever has hit the Doctor Who world hard. Amidst the millions of other books, CDs, toys and comics coming out in celebration of the Doctor's special day, Puffin and BBC Books have picked 11 big-name authors to pen short ebook adventures. Eoin Colfer kicks the range off.

The first Doctor has lost a hand in a fight. Never one to let a serious mutilation spoil his day, he hooks up with Aldridge, an alien surgeon, who lends him an artificial hand until his biological replacement is ready. Unfortunately, Susan goes and gets herself kidnapped, forcing the Doctor to grumpily leap into action with his new appendage.

If the thought of William Hartnell leaping into anything seems incongruous to you, well, you're not alone. Colfer's Doctor jumps off a building, muses on Hogwarts, Marmite and his dislike of Blake’s 7 , and even has a weird moment of prescience where he wishes he was as fit and healthy as his eleventh incarnation.

It's a bizarre, cartoony take on the crankiest Doctor, but then that's kind of the point. You don't hire a distinctive author like Eoin Colfer and expect him to turn in standard-issue Who . A Big Hand For The Doctor is sparky, irreverent and genuinely funny - and over before you have a chance to get bored.