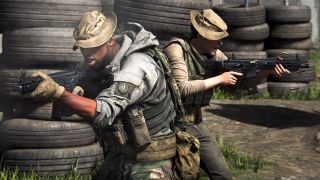 We've told you what we thought were the best games of the decade in terms of quality, but in terms of hard sales data, the NPD has your back. The analytics firm regularly releases monthly and annual figures for the best-selling titles in the United States game market, and this time we got even more data with a look at the 20 best-selling games from 2010 through 2019. You can probably guess what's number one, but some of the other rankings may surprise you.

A quick caveat before I just show you the dang list: this sales data is largely based on physical sales in the US. The NPD Group tracks some digital sales, but since not all platform holders share that data, it's imperfect and incomplete. Certain games that are more likely to be purchased digitally may not appear on this list, despite selling well overall. Press F to pay respects to Overwatch.

Yep, Grand Theft Auto 5 won the decade. Not all that surprising for a game that first came out in 2013 and yet was still the 11th best-seller of December 2019, according to the NPD's monthly stats. Also of dizzying note is the fact that 10 of the 15 top selling games of the decade were Call of Duty. Holy crap! Battlefield doesn't even show up on the top 20 until after every other Call of Duty has been listed, proving EA's flagship shooter franchise still has a long way to go to catch up to its biggest rival.

Enough of the past, see what's on the way next with our guide to upcoming games of 2020.