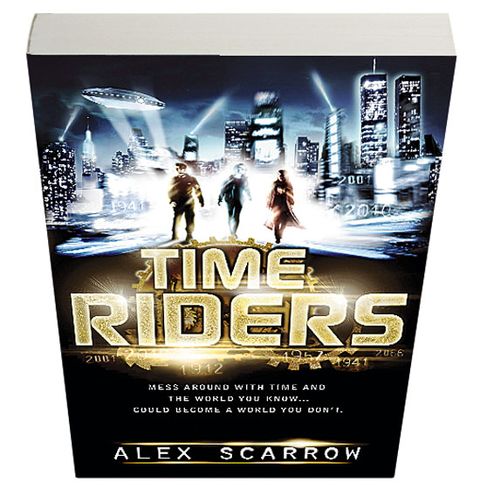 By Alex Scarrow. A pacy kids’ adventure based on that old SF chestnut – what if Hitler had won?

Time Riders is thriller writer Alex Scarrow’s first crack at a kids’ book, and the plot is straightforward Young Adult fare: three kids from differing parts of history are snatched from their impending deaths and recruited to be time agents, setting to rights wrongs inflicted on the timeline. In their first mission, they have to sort out why Hitler is getting help from the future to win World War 2.

With its sympathetic characters, varied timelines and quick action Time Riders manages to be a page-turner, but only just. Much of it feels plundered from elsewhere, a habit Scarrow cheekily admits to in his prose. The whole set-up’s illogical, with its paradoxes and the question of why you’d recruit kids to watch over history going unexplained, when both elements could have been turned into smart twists. A further trick is missed in that the years the kids come from are just numbers – there’s no real difference to their social attitudes.

Naturally, Scarrow’s just using time travel as a vehicle for a ripping yarn, and that’s fair enough, but it’s an approach that lacks any significant depth. Guy Haley