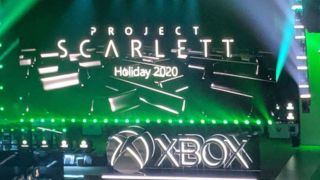 “I think the area that we really want to focus on next generation is frame rate and playability of the games,” Spencer explained. Spencer then outlined that Microsoft hope to achieve this by ensuring that the games load incredibly fast and run at the highest frame rate possible.

“This generation, we’ve really focused on 4K visuals and how we bring both movies through 4K Blu-ray and video streaming,” Spencer said, “and with Xbox One X allowing games to run at 4K visuals will make really strong visual enhancements next generation.”

With a focus on high frame rates and fast loading times, Spencer went on to outline that playability is a “bigger focus” for Microsoft when it comes to its next-gen console. The Xbox head explained that it is targeting concerns such as getting the game to load as fast as possible while it’s playing, as well as putting a lot of consideration into how it looks and feels to play.

The most exciting upcoming Xbox One games for 2019 and beyond

During the interview, Spencer also talked about the backwards compatibility and cross-play aspects Xbox has introduced in recent years, and how Microsoft plans to continue using these features with Project Scarlett. Spencer outlined how players will be able to use their Xbox One controllers on the new console, as well as play games from the previous generation.

“So really, the things that you’ve bought from us, whether the games or the controllers that you’re using, we want to make sure those are future compatible with the highest fidelity version of our console,” Spencer explained, “which at that time will obviously be the one we’ve just launched.”

Xbox Project Scarlett is due to launch holiday 2020 alongside the highly anticipated Halo Infinite as its launch title. Backwards compatibility and cross-play continue to be some of the biggest selling points for Xbox, and with a focus on high frame rates and quick loading speeds, it'll be interesting to see just what it can do.

Excited about the upcoming Halo adventure? Here's everything you need to know about Halo Infinite.