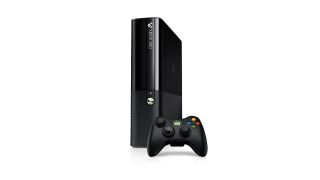 After more than ten years in production, the Xbox 360 has come full circle. Xbox boss Phil Spencer announced that Microsoft will cease production on the hardy little last-gen console in a post to the Xbox Wire.

"Xbox 360 means a lot to everyone in Microsoft," Spencer wrote. "And while we’ve had an amazing run, the realities of manufacturing a product over a decade old are starting to creep up on us. Which is why we have made the decision to stop manufacturing new Xbox 360 consoles. We will continue to sell existing inventory of Xbox 360 consoles, with availability varying by country."

After that incredibly awkward MTV reveal event, who would've thought it would all turn out so well?

Services will continue for Xbox 360 despite the discontinuation, including Xbox Live multiplayer, Games with Gold (which will also be backwards compatible on Xbox One), and the digital store. It stands to reason that Microsoft will pull the plug on them at some point, but it doesn't look like you should worry about that for the foreseeable future.

Spencer also dropped a few impressive tidbits about the Xbox 360's illustrious career, including the fact that more than 78 billion hours were spent gaming on the system and 25 billion hours were spent in apps such as Netflix. Most importantly of all, Xbox 360 forever quantified our gaming experiences with the much-mimicked Achievements: players earned 27 billion of them on the system.

Meanwhile, rumored hardware upgrades make it sound like the Xbox One as we know it may not last nearly as long as its predecessor - or at least not in the usual sense.