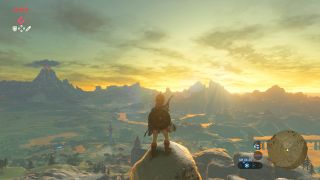 When I picked my Nintendo Switch up out of its dock only to find it locked on an error screen, I wasn’t too worried. The new console wasn’t even three weeks old! What could possibly be that wrong with it? This was probably just a hiccup as it was transitioning out of sleep mode. After soft rebooting the console by tapping the power button, though, the same non-descript error message popped up. Then I took the error message’s advice to hold the power button down for a few seconds to fully power the console down and wait a bit before turning it back on. Nothing. The error message returned. Reality sunk in fast: my brand new Switch, working fine the night before during a Zelda session, was now bricked for absolutely no reason. The worst was yet to come, though. Even though my Switch was guaranteed safe by an out of the box warranty, I quickly found out that Nintendo doesn’t have even the most basic protections in place to protect your save data on the console.

All told, the customer service process was quick and painless, but also vague and devoid of tangible information about what was going on with my machine. Waiting for a representative on Nintendo’s help line took only a few admittedly ear-shattering minutes (thanks to the Ocarina of Time soundtrack blasting while on hold) before I was greeted by Rudy, who walked my through the basic rigarmorale familiar to anyone who’s had a tech problem. Have you unplugged it and plugged it back in? Have you reset it? Have you powered it down? Yes, Rudy, of course. This isn’t my first rodeo. When he asked if I’d updated the system firmware and I explained that I couldn’t even get past the error message, his response was troubling. “Oh. I don’t know what’s happening then. You’ll have to send it in.” Not encouraging to hear that Nintendo has no clue how to explain or handle an error message that’s also listed on their website.

My Switch has bricked. Error code screen locked on soft and hard reboot. Can't even access home screen. I have never had a console brick. pic.twitter.com/pY4oLmpX6ZMarch 22, 2017

He explained that Nintendo would provide an overnight shipping label for UPS, so all I’d have to do is box up my Switch and drop it off or pay to have it picked up. I immediately asked what was going to happen to my save files, though. Having sunk over 55 hours into The Legend of Zelda: Breath of the Wild, not to mention a half dozen hours each into Super Bomberman R, Shovel Knight: Specter of Torment, and Blaster Master Zero, I wanted a guarantee that my time was as protected as my hardware. Would my data be transferred, Rudy? “I don’t know.” So I boxed up my Switch and sent it off not knowing what I would get back. Nintendo told me that if the problem, whatever it was, couldn’t be fixed that they’d simply replace the console entirely (though they gave no timeline for when and how).

I had my disappointing answer within two days. I sent Nintendo the console on Wednesday and got this answer by Friday: “We have inspected the Nintendo Switch system that was sent to us for repair and found that the issue has made some of the information on this system unreadable. As a result, the save data, settings, and links with any Nintendo Accounts on your system were unable to be preserved.”

The single most disappointing thing @NintendoAmerica has ever said to me. 50+ hours of Zelda gone because of a faulty launch system. Great. pic.twitter.com/6JXHBcDyBcMarch 25, 2017

How is this possible with a brand new gaming device in 2017? Forget backup services on mobile devices like iCloud and just think about pure gaming machines. The PlayStation 3 began offering cloud data back ups as far back as 2011. For a new console, especially a vulnerable portable console whose marquee game is an open world adventure that lasts dozens of hours, this feature should be standard at release. With Nintendo’s online services in a pupal stage during what’s obviously a soft launch for the Switch, the absence of cloud saving would at least make sense if even older methods of data back up were available.

The Switch offers absolutely no alternative, though. Even though I’ve been playing Zelda on a cartridge rather than as a download, save data isn’t saved to the cartridge itself unlike every other cartridge-based Nintendo console stretching from the Nintendo 3DS to the Famicom. Nor is it possible to back up that save data using a USB storage device like on Nintendo Wii U or an SD card being used by the Switch, a basic feature offered by Nintendo 3DS for years. In fact, not only can information not be backed up to your SD card, any game data you had on your SD card before the Switch was wiped will be lost as I found out when I finally got my Switch back from Nintendo.

.@NintendoAmerica sent back ny Switch. With this letter explaining, yes, we wiped all your Zelda data. No apology. No TV output on set up. pic.twitter.com/cK3cCRMa5lMarch 29, 2017

It took exactly one week for me to send my Switch to Nintendo and to get it back via UPS. The same system I sent was returned to me wrapped in light plastic and packing styrofoam in a plain brown box with a form letter explaining the service done to the device. When I popped my SD card back into the Switch, it was automatically formatted, requiring me to redownload all my digital games. That was only one of the problems I experienced getting my Switch back, though. On redoing the initial set up for the console, when it asked me to test the Switch’s output to my television, I placed it in the dock only to find that it wouldn’t change to TV output. A customer service rep walked me through more basics; unplug the power cable from the dock, unplug it from the wall, plug everything back in, etc. It worked after that and appears to be working now. Hopefully it’ll actually stay that way.

That I was having trouble with my Switch again wasn’t terribly inconvenient since I was already on the phone with customer service while I was setting it up. I’d called the service line back to log a formal complaint with the company. It was absurd that a brand new, very expensive console broke before even a month had passed and that I was offered absolutely zero apology for hours and hours of lost data. The second customer service rep said he could log the complaint and that was it. He said he understood why I’d be angry since he’s playing Zelda: Breath of the Wild too. “At least it’s a massive game,” he said, taking down my message for Nintendo, a message I almost certainly won’t get a response to. “At least you can play it differently this time? It’s a launch console. This happens.”

I won’t be playing Zelda: Breath of the Wild again. In the grand scale of the world’s problems, a malfunctioning game console is so low on the pile it doesn’t even count as a problem. This is annoyance, not a crisis. But I’ve been playing and purchasing Nintendo games for 32 years. My father purchased an NES with a ROB robot and a pile of black box games in 1985 when the machine was only in New York test markets. I’ve purchased a Nintendo console at launch ever since I had my first job as a teenager. I was there on day one with Nintendo Switch not just because it was useful for my profession but because I couldn’t wait to see what was next for a company that has, if nothing else, remained a fascinating creative fount. This experience, meanwhile, has soured me on not just the Switch’s early days but Nintendo itself. It doesn’t matter that you’ve been a loyal customer and fan for thirty years. We already have your money for the console and game. I’m not entitled to more than a functioning console, but some acknowledgement, even just a “sorry,” would have helped.