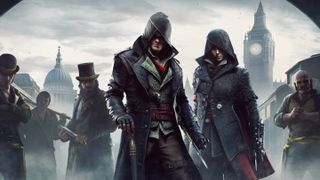 The Assassin's Creed franchise officially taking a year off was big news but Ubisoft has revealed, in no uncertain terms, that if it needs more time it'll get it and it's the same for the Far Cry series. "We believe Alpha for these games needs to be one year before release," Ubisoft vice president of editorial Tommy Francois has told IGN. "We're trying to achieve that. That's super f****** blunt, I don't even know if I'm allowed to say this. This is the goal we're going for: Alpha one year before, more quality, more polish."So if this means biting the [bullet] and not having an Assassin's game, or a Far Cry  [in 2017], f*** it."

That might be plenty of swears but it's definitely to the point. Francois goes on to explain that Alpha doesn't mean public access but a full working game to polish and tweak for optimal performance. "We still need to have an Alpha, and we need it available as early as we possibly can," he says. "Because the more time we have for this the more polish we have, the more time we can change, refine, swap systems. You just can't take shortcuts." He's not saying it directly but the company clearly doesn't want another Assassin's Creed Unity where performance across all platforms varied wildly. Syndicate didn't suffer from the same problems but is using the same AC engine that's straining somewhat under pressure.

Francois reiterates that this year has given both Assassin's Creed and Far Cry some essential time and hopefully they won't be as cookie cutter open worlds as previous years. "I do think we need to break that formula," he confirms. "This year we've given Far Cry and Assassin's some time to decant, innovate, and polish. The objective behind this is exactly that. You'd be surprised - there are so many prototypes of alternatives. It's always the same thing, the player is king, so we play-test it and people are just like, 'What the f***?' And we're like, 'Oh no! We just spent a year prototyping this new macrostructure for an Assassin's or other type of open world game and people are telling us it's s****.'"

It's great to know that Ubi is taking the time it needs to create something genuinely new. It won't be too long until we find out if we're getting a new free running adventure next year. Current rumours point to a trip back in time to Ancient Egypt in what has been code named Assassin's Creed Empire.