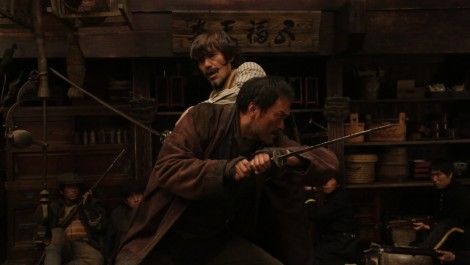 Not as redundant as it sounds: Japan’s samurai movies have long mined one another for atmosphere and backdrops.

This preserves the 1880s time period, plot and much of the same dialogue – though boots the action across the Pacific, where Ken Watanabe’s assassin is dragged out of retirement to become a bounty hunter.