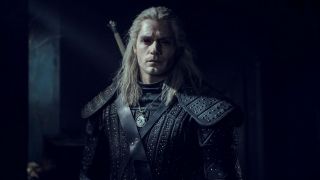 So, you’ve reached The Witcher ending. Whether you binged it all in one day or took your time with The Witcher Netflix series, you’re bound to have several questions after watching episode 8. In that hour – filled with death and destruction – Geralt, Yennefer, and Ciri finally converge on one path after a sometimes-confusing season that featured different timelines, stolen identities, and magic. Lots of magic. Below, we’ll take you through all the questions you might have about The Witcher ending, including how things are set up for season 2 – and which mysteries are left hanging over the show for the foreseeable future.

Note: While some of these questions surrounding The Witcher ending could be answered by the books, the show isn’t a one-to-one recreation of the source material. As such, we’ll be keeping any possible future book spoilers to a minimum.

Our three protagonists, Ciri, Geralt, and Yennefer, are the closest they’ve ever been to each other in terms of proximity. Ciri has been taken in by a woman in a homestead close to Sodden and the Yaruga River, while Geralt is delirious nearby after being bitten by a monster. Meanwhile, Yennefer, Tissaia, and Triss are tasked with defending the Sodden keep that leads to the North from the onrushing Nilfgaard army.

This also appears to be the last scene, chronologically speaking. The Witcher Netflix series has jumped about – from Duny and Pavetta’s Law of Surprise reveal, to Ciri’s escape, and Yennefer’s decade-spanning origins – but here is where each story comes together.

The final half of the episode sees Geralt recover from his wounds thanks to a mysterious sorceress named Visenna. In a hallucinatory dream sequence, she tells him, “People linked by destiny will always find each other,” which gives Geralt the drive to go off and find Ciri.

In the battle against Nilfgaard, Yen protects the keep but is turned on by Sabrina, a corrupted mage who helps turn the tide of battle in Nilfgaard’s favour, and slaughters the citizens of the keep. Triss is also seen possibly dying in a man’s arms after a large explosion rocks the castle.

The last sequence sees Tissaia, who had seemingly been mortally wounded by Nilfgaard’s mage (and former Chapter protégé) Fringilla, return to the battlefield in one last stand alongside Yennefer. Mustering up all her strength, Yennefer burns the Nilfgaardian forces in the surrounding area, which forces a retreat. But she's nowhere to be found after, disappearing into thin air.

Then: destiny. Ciri enters the woods close by after hearing the explosion, and Geralt follows. The pair are finally united, before Ciri asks, “Who is Yennefer?”

Of course, we know who Yennefer is. We've spent all season with the mage, from her origins right up to her cocksure mastery of chaos. The better question moving forward is where is Yennefer. She’s beaten back the Nilfgaard army (for now), but has disappeared by the Witcher season 1's ending. The sorceress is unlikely to be dead and, of course, has the power to teleport. So, where is she? Expect to find her resting up elsewhere after using up all of her power in the final assault.

Where are we in the timeline?

The Witcher, surprisingly enough, goes all timey-wimey throughout much of its season. The chronology of events is roughly in this order: Yennefer’s origins, Geralt becoming the Butcher of Blaviken, Yennefer’s training, Duny’s Law of Surprise, Geralt and Yennefer meeting, Cintra coming under attack and, conveniently enough, the season finale. Yep, the final episode falls last on the timeline, and makes things a whole lot less confusing for season 2.

Which Cahir are we seeing and where is the doppler?

Episode 6 saw the doppler hired by Cahir to bring Ciri to Nilfgaard betray him. He even takes Cahir’s form and fights the officer before escaping. The doppler could be anyone and anwhere, but Cahir manages to slice him on the right cheek in the scuffle. That’s a good a ‘tell’ as any for figuring out which of the Cahirs is the doppler. But who is the Cahir we see in the final episode? It’s unclear. The whirlwind of fire obscures much of Cahir’s face, yet it looks like this is OG Cahir. The scar would be much more prominent. That doesn’t mean the doppler won’t factor into season 2, but he’s almost definitely not the Cahir we see here.

Let’s hope not! Things were looking grim for Triss in the moments shortly after Nilfgaard decimated the keep. She’s seen shaking, bleeding out, and in grievous pain. We never get an answer to her fate, though fans of the books and games will know the mage is an extraordinarily popular and influential character. Killing her off now – especially as she was underutilised in season 1 – wouldn’t be the wisest choice. File this one under: safe for season 2… probably.

Who was the woman Geralt saw in his dreams?

Geralt was one step away from speaking in tongues during the season finale thanks to an ill-timed monster bite. The Witcher ending, though, introduced a saviour: a face unfamiliar to us, but someone who is deeply intertwined with Geralt’s origins during a dream sequence. We’ve got a name: Visenna, and she also took on the forms of Renfri and Yennefer. According to Geralt’s mutterings, she left him with Vesemir (Geralt’s mentor) to undergo Witcher training. Curiously enough, he also calls out “Ma” earlier in the episode… One of the core mysteries of season 2 will surely revolve around Geralt's training and how important a figure Visenna was in his life.

What's next for Nilfgaard?

For now, they won’t be going further North. Yennefer’s attacks decimated a large portion of their army, and they may think twice before crossing the bridge and heading further into The Continent. At the very least, they’re set up nicely as the Big Bads of season 2, and will continue searching for Ciri. Of course, a certain Geralt of Rivia is now standing in their way…

The Witcher is done for now, but there's plenty more to watch. Here are the best shows on Netflix.