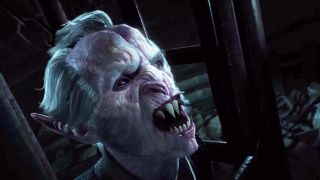 We know that The Witcher 3: Blood & Wine will be Geralt's final mission, though the launch trailer for the upcoming expansion makes me wonder if that won't be by choice. It's tough to keep traveling the world slaying monsters when you've had all your blood and bone marrow sucked out by bat-faced freaks.

Then again, Geralt's taken on some scary foes before and came out on top - I doubt a bunch of faux-French vampires will be able to put an end to his Witching career. They could put a few new scars on that ruggedly handsome face of his, but some sorceresses are apparently into that kind of thing so it may be a win-win for the White Wolf.

Blood & Wine will be released on May 31 as the last new content for the game. After that, CD Projekt Red says the Witcher team may have one more patch left in it before most of it moves over to help with Cyberpunk 2077.