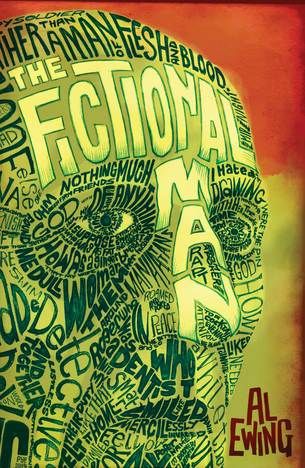 From Episodes to The Player , Tinseltown has made a habit over the years of satirising its own superficial, self-obsessed ways. But none have exposed the cynical inner workings of the Hollywood movie-making machine quite as brilliantly as Al Ewing’s The Fictional Man .

With shades of Blade Runner , the 2000AD scribe’s debut novel takes place in an alternate LA where Replicant-esque clone actors are specially grown to play archetypal roles, such as a Georges Burns-inspired God or even an artificial Jaws shark. From a rogue Dexter Morgan to a pertinent allusion to Frankenstein , Ewing chucks in plenty of amusing pop culture references.

There’s a background subplot about a fictional Sherlock Holmes-turned-serial killer who murders other fictional Sherlocks, but The Fictional Man is essentially concerned with the personal journey of its lead character Niles Goran. A failed English novelist with a penchant for faux-narrating his own life, he’s hired to script a remake of an Austin Powers -style Bond rip-off called The Delicious Mr Doll . Plagued by writer’s block, Niles gradually goes off the rails as he battles with his prejudices about what actually constitutes a real person.

With its mock scripts and other tangents, The Fictional Man occasionally threatens to be swallowed up by its own metaphysical conceits, but Ewing wraps it all up smartly at the end. After such a fascinating tour-de-force, it’s hard to see how Ewing could possibly better this exhilarating page-turner.