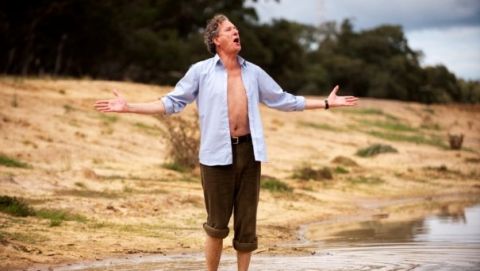 Only six years separate Charlotte Rampling and Geoffrey Rush, but that doesn’t deter them from playing a dying matriarch and her inheritance-chasing son in this highbrow literary adaptation from veteran Australian director Fred Schepisi (Steve Martin’s Roxanne ).

Returning to Sydney with neurotic sister Judy Davis in tow, Rush’s actor-knight finds his thespy airs cut no ice in a decaying mansion full of dotty servants, hangers-on and ghosts from the past.

Had Merchant Ivory ever gone Down Under, they’d probably have fashioned something in the vein of this mannered chamber piece.

For many though, the glacial pacing and starchy performances will be obstacles too high to hurdle.