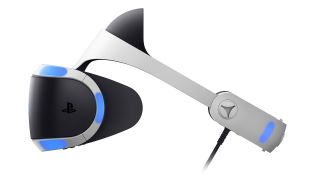 This year is going to be the year that PlayStation VR really takes off. While it’s clear that there’s always been a demand for virtual reality, there’s always been a problem around the price. Both the Oculus Rift and HTC Vive require a powerful PC to run them, on top of their respective £549/$599 and £799/$799 launch prices. The PlayStation VR has always been the cheapest, most viable option at £349/$399 (plus a PS4), but it was still just outside the payday splash out price for a bit of kit that you definitely won’t use every day.

So when Sony announced the brand new, slashed RRP of the PSVR of just £259.99/$299.99, complete with camera and a game (VR Worlds in the UK, Doom VFR in the US), it marked a big step towards making virtual reality more mainstream, making PSVR a very attractive proposition for those millions of PS4 owners out there. Or breakdown of the best PlayStation VR deals is testament to that.

It also helps that Sony has refined the PlayStation VR headset to make it much easier to use. The new model is lighter so you don’t walk away with marks from where the VR headset has been pressing on your face. It also has volume controls on the underside of the visor for easy access and you plug your headphones directly into the headset too. That means the wiring is as simple as it could possibly be, and everything works with your PS4 Pro and 4K TV with minimal faff. It makes other VR headsets like the Oculus Rift and HTC Vive look like wiring spaghetti.

Although a shiny new VR headset is nothing without a strong catalogue of games to play. But it seems Sony’s got that covered too and the variety is seriously impressive. I got the chance to go hands-on, or should that be eyes-on, with a range of the games coming to the PSVR in the next 12-18 months and whether you’re looking for serious FPS action, silly antics with Rick and Morty or even to learn how to create music, there’s something here for everyone.

Take Firewall Zero Hour for example. Aping something like Rainbow Six: Siege, it pits two teams of four against each other. In my demo, one team’s defending a laptop from a team of hackers, who can use an access point to discover its location and head straight for it. Using the PlayStation VR Aim controller, it feels incredible and suddenly I’m some sort of SAS expert, throwing grenades around corners, killing foes with my red dot scope and generally feeling like a total badass. It’s impressive just how well a multiplayer FPS can work in VR, and even if you don’t play it with the rather pricey Aim Controller, there’s something compelling about playing a genre that you’d normally play on PS4, but this time in VR. Being transported and immersed in a more traditional gameplay experience isn’t something VR has done often, and doing it with other people makes the entire match even more intense. Especially when someone throws a flashbang at you and you take cover in real life.

Eden Tomorrow takes you on an intriguing alien/AI mystery

In complete contrast to Firewall Zero Hour, is Eden Tomorrow. You wake up on a strange alien planet with your AI drone, Newton, with no recollection of where you are or why. Thanks to the power of technology, you get to explore this alien planet through both of their eyes, switching between the two to get different perspectives. But the problem is, you’re not the first to crash here, and everyone else is dead because their drone killed them… I only play the first 20 minutes or so of this intriguing mystery, but by the end I’m questioning everything the drone has to say, and staring into the jaws of some kind of alien dinosaur. I’m still thinking about all the tiny droplets of story thread I was given in those opening moments, and even though Eden Tomorrow doesn’t have a release date yet, I’m looking forward to finding out more.

The Persistence gets you hooked on horror

But if space mysteries don’t float your boat, how about a bit of Dead Space-esque horror? What about waking up on a spaceship and finding yourself dead in the next room? What about realising that the body printing machine that’s capable of transferring your consciousness from one skin to another a la Altered Carbon has started printing bodies on its own, and they’re going wrong? Well that’s exactly what’s happened in The Persistence, and that title comes from the fact that every time you die, you’re send back to that very first tube, with the goal of working your way through all the rooms and the monsters again. But you’ll keep going back to it, because you want to know what’s through that next door, what’s around that next corner. It’s tense, fast-paced and regularly terrifying, especially as you only have a DNA extractor and a burst shield to protect you. Sneak up on a foe and you can suck their DNA from the back of their neck and kill them. But if they get you head on, your extractor becomes a melee weapon that you can combine with a short burst shield that protects you for a second or two and rebuffs anything that hits it. Who knew Dead Space meets Metroidvania could work this well in virtual reality?

Getting your gangster on in Blood and Truth

Just being a Cockney gangster translates so well to virtual reality. Anyone who played VR Worlds will know how amazing London Heist was and how much of a badass you felt hanging out the side of a white van shooting bad guys, while actually having to reload your gun. Ray Winstone eat your heart out. Well, Blood and Truth is the full-length story version of that mini-experience. In my 15 minute demo, I get to plant C4, have a shootout in a casino, run down corridors shooting bad guys in slow-mo, and interrogate one of the main villains, shoot him in the nuts and then jump through a window at least four stories high. When the demo ends, I realise I’m beaming like a little kid in a the zoo. This is what VR was made for, being some kind of fearless, violent gangster from the comfort of your living room.

A game about channelling your inner music maker and behaving like a European techno DJ, Track Lab was one of the major surprises for me when it came to upcoming PSVR games. It’s not like anything else I’ve ever demoed and that’s because it’s not technically a game. It’s a tool for creating music, and it’s so intuitive that someone had recreated Michael Jackson’s Billy Jean using the software and then mixed in some Stevie Wonder to genius effect. Creation comes from being given a grid on which you can place notes, vocals, beats, bloops and everything in between. It’s staggeringly easy to create loops using mirrors and breakers, or just pick from a selection of pre-made loop boxes (rather than loot boxes) and before you know it, you’ve got a half decent track. It’s the sort of thing that won’t appeal to everyone, but for anyone who wants to create tunes but feels like they don’t have the musical talent, this might be the best thing ever. Especially as you feel like you’re a DJ at a futuristic rave whenever you start composing and mixing.

Star Child might be the prettiest thing on PSVR ever

Another game that’s making waves on PSVR in terms of audio is Star Child, but in a very different way to Track Lab. Coming from Playful, the creator of Lucky’s Tale, a platformer that was one of the launch titles for the Oculus Rift, Star Child is one of the most beautiful thing I’ve ever played on PSVR - both aurally and visually. I only got a mere four minutes of demo time, but it was quite the experience. It might be just a sidescroller on paper, but in reality, you’re the godlike visitor coming in and experiencing the world all around the little heroine. Alien butterflies, huge Iron Giant-esque robots, and little flying robots whizzing around your head. It’s all about splendour, but even from my tiny demo slice it’s clear there’s an amazing story here. Trust me when I say that that teaser trailer doesn’t do Star Child justice.

Rick and Morty: Virtual Rick-ality is the pinnacle of all things VR

But of all the upcoming PSVR games I played, Ricky and Morty: Virtual Rick-ality is the one that I think personifies everything that makes virtual reality so great. Not only did I meet two of my favourite cartoon characters up close, but I was playing as a Morty clone. The gameplay blends the silliness and interactivity of something like Job Simulator with a fantastic storyline that you’re suddenly the centre of. From controlling your own set of Mr. Meeseeks - known as YouSeeks - to creating weird things with Rick’s various gadgets, you’re suddenly starring in an episode of Rick and Morty. It’s the most fun I’ve had with a game in months. Plus, it’s out on PSVR on April 10, so you won’t have long to wait until you know exactly what I’m talking about.

The new, more affordable PlayStation VR is out now. Do any of these games get you excited for VR? Let us know in the comments below, or come tell us all your virtual reality thoughts on Twitter @GamesRadar.