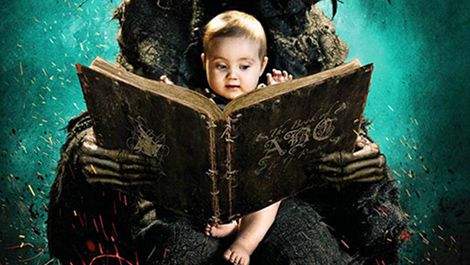 Although it’s rooted in the alphabet, this infernal anthology produced by Ant Timpson and Tim League is really all about the maths.

Running at 124 topsy-turvy minutes, it comprises 26 segments by (mostly) horror directors such as Ben Wheatley ( Kill List , Sightseers ) and Ti West ( The Innkeepers ), each lasting between 30 and 300 seconds, and costing £5,000 to make.

Each tackling a different letter, and spanning 15 countries, the films range in style from Aardman-ish animation to Asian extreme, and in quality from five stars down to one and back.

Two segments hit the upper end of the scale.

D by American writer/director Marcel Sarmiento (who made 2008’s excellent Deadgirl ) is a blast of pure cinema: wordless, witty, thrilling. Almost as good – and harder to forget – is L by Timo Tjahjanto, a disturbingly sexualised death match with the courage of its convictions.

Six efforts veer closer to catastrophe, including West’s insultingly throwaway M, the rootless surrealism of W (for WTF?), and the flatulent J-horror F (which stands, you’ll note, for Fart). Tot up the star ratings for the individual entries and the average score works out at three.

Despite dependable work by Nacho Vigalondo ( Timecrimes ), Jason Eisener ( Hobo With A Shotgun ) and Xavier Gens ( Frontier(s) ), and some exemplary budget-stretching by Canadian Kaare Andrews ( Altitude ), who goes for all-out sci-fi in V, the 26-film format discourages quality control, and the viewing experience is accordingly choppy.

Two hits in a row and everyone’s happy, two duffers and it’s dead in the water.

You can’t fault the value for money – or the ambition – on show here, but whether ABCs adds up to a worthwhile investment of two hours for anyone but the most forgiving of fans is something you’ll have to figure out for yourself.