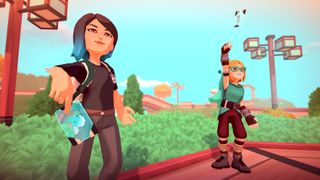 Earlier today, CremaGames announced an aggressive stance on Temtem cheaters, 900 of whom were "permanently banned" from the Pokemon-like MMO.

The developer stated on the official Temtem Twitter account that it wouldn't consider appealing any of the bans, as there was 100 percent certainty "every banned user is either a cheater or has abused exploits intentionally." CremaGames later tempered that statement, stating ban appeals would be considered, despite full confidence that all 900 banned players were legitimately axed from the game.

"We're not done with this, we will keep detecting and banning. There's no place in the Archipelago for cheaters," the original Tweet thread reads. "The team spent all morning checking banned accounts and player accounts saying 'they didn't do anything illegal.' We re-checked over 100 accounts. Every single one of them was a legit ban." A few hours (and a ton of negative feedback later) later, the developer posted a new Tweet, reneging on the rather aggressive policy and directing players on how to appeal a ban. "Like you said, having a 'no appeal' policy is not good."

The upset from fans stemmed largely from the notion that a banhammer that wiped out 900 people couldn't be completely without collateral damage, i.e.; those who may have accidentally utilized an exploit or stumbled upon a bug.

Temtem dropped on Steam Early Access on January 21, and as we previously reported, it was a bit of a rough launch. It'll head to consoles some time in the future.

Speaking of Pokemon-like, Pokemon Day 2020 will reveal a new Mythical Pokemon coming to Sword and Shield.