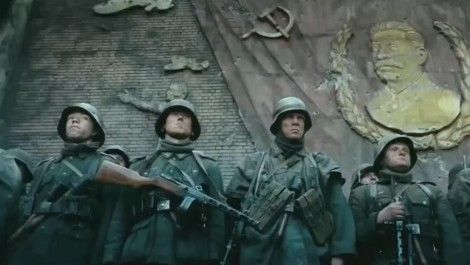 Bidding to be ‘The Russian Saving Private Ryan ’, Fedor Bondarchuk’s film loosely retells the true story of Pavlov’s House: a single platoon that managed to hold a building, 300 -style, for a year against waves of Nazis.

It’s a cinematic no-brainer, of course, but one that is marred by Masha (Yanina Studilina), a fictional damsel in distress who becomes the soldiers’ reason to fight; which they do in stylised scenes that, while technically impressive, feel jarringly ‘cool’ for the film’s saccharine tone.

A solid enough war flick, but Spielberg doesn’t have too much to worry about yet.