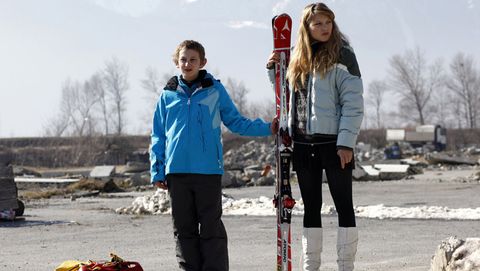 Like her 2008 debut Home , Swiss director Ursula Meier’s accomplished follow-up focuses on those living on the margins.

Simon (Kacey Mottet Klein) is a cunning 12-year-old who lives with his volatile sister Louise (Léa Seydoux) in the valley below a ski resort, from where he pinches tourists’ belongings in order to pay for food.

The strong supporting gallery - including Gillian Anderson and Martin Compston - feels underused, but Meier and her ace DoP Agnès Godard make shrewd use of the dramatic alpine locations.

Meanwhile, Klein impresses as the troubled kid yearning for affection.