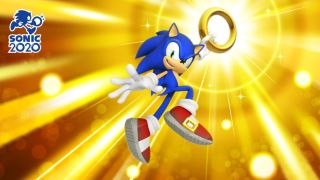 Sonic 2020, a new project from SEGA, will see a steady stream of Sonic-related news released once a month, every month, throughout the year, starting in February.

SEGA announced the project yesterday, stating that Sonic 2020 will "deliver various new information and projects related to Sonic" on the 20th of each month up until December 2020, building momentum to the hedgehog's upcoming 30th anniversary year in 2021.

Sega also revealed that it's recruiting fan artists to develop new promotional Sonic material this year, though hasn't yet revealed how artists are able to pitch their creations for potential consideration.

Even without this latest news, 2020 is already set to be a big year for Sonic, who is scheduled to appear in his own live action movie (following a hefty redesign) and could play a key role in the iconography for this year's Olympic Games in Tokyo.

Of course, what fans really want is the announcement of a new Sonic video game, so hopefully SEGA doesn't go the whole year without revealing more about the hedgehog's upcoming plans in the world of interactive entertainment. See you again on February 20th.

Check out the biggest new games of 2020 and beyond still on the way this year, or watch the attached video below for our latest episode of Dialogue Options.