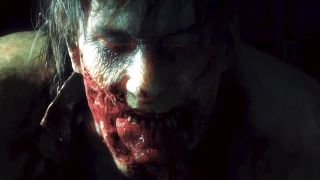 The Resident Evil 8 rumor blizzard continues to intensify but it looks like some things may be starting to fall in place. The original leaker who started speculation over the unannounced sequel last week has weighed back in on new rumors that pointed to Resident Evil 8 potentially taking the series to a monster-ridden, faux-European country full of bioweapon werewolves. According to AestheticGamer, those rumors are likely pulled from a version of Resident Evil 8 that was in active development but was rebooted relatively recently.

We may still see a new game starring Ethan Winters and Chris Redfield as they fight were-zombies, but chances are it won't be Resident Evil 8. Unless another rumor comes to shake this whole thing up again.

According to new information sent to BiohazardCast by an unverified source, Resident Evil 8 will be another first-person adventure featuring Resident Evil 7 protagonist Ethan Winters. It's said to be set in a snowy environment home to a medieval castle, which suggests it may be Europe or a faux-European country.

The alleged leak also claims that Chris Redfield will return "in some capacity," presumably to resume his promising boulder-punching career. It also specifies a recurring "shadowy 'female'" enemy that stalks the player but can be scared off, as well as wolf-like monsters which could be werewolves or more zombie canines. Additionally, as opposed to the Molded monsters that appear in Resident Evil 7, Resident Evil 8 will reportedly return to traditional zombies - monster ladies and dogs aside, evidently.

Curiously, this source also claims Resident Evil 8 will not have a numbered title like the previous games, and that it was tested as recently as 2019. This information comes just one week after a more reputable leaker AestheticGamer (AKA DuskGolem) said that Resident Evil 8 had been in development since 2016 but was axed and rebooted in late 2019. So if any of this information is accurate, there's a chance it's referring to a version of Resident Evil 8 which has since been killed.

And for the record, that is a very big if. This information was sent through BiohazardCast's publicly available tips line, and its sender did not explain how they learned any of it. In other words, not only is everything here totally unconfirmed, it could easily have been sent by a random fan sharing their vision of Resident Evil 8. So rather than taking it with salt, we'd advise curing this rumor in five pounds of salt.

Resident Evil 7 gave Capcom's horrifying world a strong new direction, but then the franchise went right back to Raccoon City '98 with Resident Evil 2. It would have been disappointing if the remake wasn't so darn good (and if it didn't get us so excited to play Resident Evil 3 next). Still, the true future of Resident Evil is calling, and until we can get any official answers from Capcom, we can look to at least one well-established leaker for answers.

According to AestheticGamer (also known as DuskGolem), Resident Evil 8 has actually been in the works since late 2016 - right around when development would have been wrapping up on Resident Evil 7.

However, it actually got officially scrapped and the project rebooted only like 6-7 months ago, so the "final" RE8 version hasn't even been in development for a full year yet. Now these reboots often go faster because some assets and such are carried over, but don't expect RE8January 21, 2020

which will probably release next year, but it's not a remake nor RE8.And that's all I'm gonna' say, now don't bother me about RE for a while please.January 21, 2020

As with all leaks and rumors, it's still worth taking this update on Resident Evil 8's development with many grains of salt, of course. That said, it's a sensible explanation for why we haven't heard anything more about where Resident Evil is headed in the future. If the story's true, hopefully we won't have to wait another four years before Resident Evil 8 returns us to the creepy new world of mold monsters.

See what else is on the way with our guide to the upcoming games of 2020 and beyond.