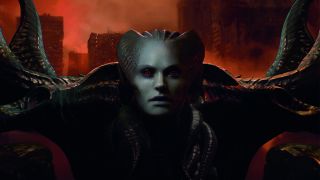 When I was a kid, I used to dream about all the things I wished I could do in my favorite video games. No matter how much I got out of a game, there was always room for more. With time and a growing understanding of how the things we play are made, I've come to realize limitations and boundaries define games just as much as the core mechanics that shape them. Adding more detail, more choice, even more time doesn’t just make a game bigger, but changes its DNA all the way through.

I found a textbook example of the phenomenon playing Phoenix Point, a new strategy game from Julian Gollop, creator of the original 1994 X-COM and developer Snapshot Games. Phoenix Point draws heavily on the rebooted XCOM franchise by Firaxis, but expands every system. In combat, ammo is in limited supply, and you can manually aim every shot to target specific body parts for a strategic advantage. Between battles, Phoenix Point takes the resource and time management of XCOM 2 and its expansion: War of the Chosen, and turns every dial up to 22 — You can set up multiple bases and a bunch of squads of soldiers. There’s a complex diplomacy system where you can side with and against various ideologically motivated camps.

Getting to the point

Approaching the game as a response to XCOM, the changes all seem to emanate from that same place as my childhood game design dreams. I’ve played a lot of XCOM 2 — hundreds of hours — and I’ve definitely wondered, “Why do I have to choose between these two missions if I have enough soldiers to do both?” or “Why don’t I ever hear about any of these so-called resistance groups going on missions to help the cause?” Phoenix Point takes every “why can’t I” question you could ask and figures out a way to make it happen.

Obviously, there’s a “but” coming.

As amazed as I was to see these ideas in Phoenix Point, it also quickly becomes clear that together these changes create something so different that XCOM 2 is no longer the most effective reference point for the game anymore. Flying around searching unknown points on the moment-to-moment feeling of managing your team between battles, more closely resembles a complex 4X game like Stellaris than a “tactics” game.

Yes, there is still turn-based strategy combat with similar combat mechanics and unit types, but combat is no longer the primary experience. Managing your team is far more important and takes up a much larger chunk of your time. There’s much more preparation and planning — managing exploratory expeditions to find supplies, completing missions to advance the story, and keeping up relations with the other factions. Though the world moves in real-time, each wave of planning after a mission or moving your squad feels like taking a turn in Civilization, and the game falls into that kind of rhythm. Things move quickly — there’s a mist that’s constantly encroaching and allied encampments get attacked often. You really don’t want the clock to advance until you already know what you want to do next.

That Phoenix Point is not the game I expected or hoped for isn’t a problem, but it emphasizes some of its worst elements. It does have a tutorial - the simple explanation gives you just enough to technically manipulate the controls - but provides almost no insights into how to properly manage your team. Teaching the player how to actually play has always been a barrier for technical 4X games and management sims, and the confusion felt especially jarring here because I went in assuming I’d have some useful related knowledge, but wound up like a deer in the headlights.

It doesn’t help that Phoenix Point tactical combat is unrefined, so the part that’s most like XCOM (and my interests) is its weakest point. Almost all of Phoenix Point’s missions feature procedurally generated levels and enemies. The auto-designs keep things fresh, but feel too randomized. Likewise, many of the characters — both enemies and allies — feel unbalanced. Heavy-class soldiers move can barely move, which feels incongruous with the often sprawling combat arenas. Some enemies grow into unpredictable powers, like the ability to turn invisible or use artillery that can cripple a squad in one turn. There are ways to counter these abilities, but the randomization in the enemies and terrain make it hard to see some encounters as anything other than a crapshoot.

There’s always an exception, of course. Phoenix’s biggest mechanical innovation in combat, the ability to manually aim and target body parts, adds some great strategic depth. From targeting body parts to blind firing at those invisible enemies, every attack comes with more options. Again, the mechanic still needs a lot of polish — it’s surprisingly difficult to predict when an object may or may not impede your ability to shoot. Still, it shows that responding to those harebrained “why” questions can bear fruit when thought through and implemented well.

Between its emphasis on its macro-strategy layer and technical issues with the combat, Phoenix Point pushes you away from the flow of the games that inspired it: That isn’t a good or bad thing. It is, however, a notable example of how a familiar idea can change radically when you take a maximalist approach and give you as much choice as possible. The artifices designers create that make a game feel like a game are often the things that make them appealing, or, at the very least, accessible.

Whether you're a fan of turn-based tactics or a good RTS, there's something for everyone with the best strategy games you can play right now.