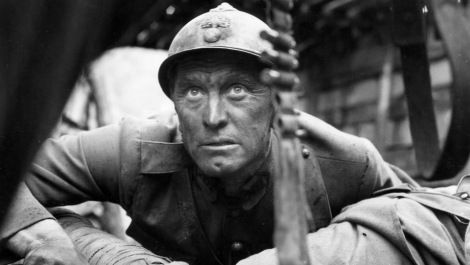 One of the most bitterly angry anti-war movies ever made, it’s based on a true event on the Western Front in 1916 when three French privates chosen at random were scapegoated for the incompetence of their senior officers.

The scenes of trench warfare are frighteningly vivid, and Kirk Douglas gives a searing performance as the officer assigned to the hopeless task of defending the three men. Look out for Kubrick’s future wife Christiane in the moving final scene.