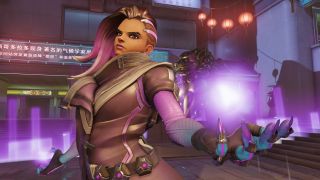 At BlizzCon 2016, Overwatch Game Director Jeff Kaplan introduced plans for the Arcade. This change created a hub for the team shooter’s offbeat game modes. Most Overwatch players spend a lot of time playing Quick Play or Competitive matches, which put the focus strictly on top-level play. It’s all about the win. The Arcade isn’t so much about the glory, but for both harcore and casual players, it’s still a worthy place to spend your Overwatch play sessions. Here’s why you should set aside some time in your gaming schedule for Arcade matches.

You get more loot boxes!

The most obvious and immediate reason to spend time in the Arcade is... the most obvious reason to do almost anything in a Blizzard game: loot. Win three matches and you’ll get a free loot box. Overwatch rewards you with up to three extra loot boxes each week this way. The wins can come from any currently active mode in the Arcade, so if you’re looking to power farm loot boxes, the this is the place to be. The modes available in the Arcade tend to rotate, but each have different odds of victory and take different amounts of time to play. The Arcade is also where the special events go, such as the Capture the Rooster (now Capture the Flag) mode for the Chinese new year celebration or the recently-ended Uprising event. To get the most loot boxes in the shortest amount of time, you’ll probably want to queue up for Mystery Heroes or No Limits.

You can test your solo skills

Core Overwatch gameplay is all about the team composition and collaboration. While that’s usually a delight, sometimes you want a chance to be judged just on your own merits. If that’s your goal, then spend some time running the gauntlet of Elimination or Mystery Duel. These modes have no payloads or control points to capture. Elimination pits two teams of three against each other in a zero-respawns setting. You pick your characters each round, and try to win the best of five. Mystery Duel is even more stripped down. It’s just you against a lone opponent, and you both spawn as a randomly chosen hero and try to take down your twin; again, the best of five rounds is the winner.

The pressure and tension of these modes are higher. With fewer (or no) other players to fall back on, and death meaning the end of the round, your every move is that much more critical. Neither mode has health packs or health regeneration unless your hero has healing abilities. They put your precision and strategy to the test in a way that normal matches don’t. If you can dominate in these modes, then you can feel validated in your own skill set.

Do it your way with custom games

The Overwatch community is overflowing with creativity. Players have made artwork, comics, videos, cosplay, and more that show their own unique take on the game world and its characters. The Arcade also gives players the tools to also put their creativity into game design. People have already put some wild ideas into existence. You can play all-Genji matches with movement speed increased. You can play an asymmetrical hide and seek, where one beefed-up seeker has to find and kill all the hiding players. Or you can test your parkour skills with surf maps. Just about any idea you have for a game mode can come to life with the custom game creator. Who knows, maybe your concept will become the next viral hit for the community?

There’s a greater focus on the fun

Most multiplayer first-person shooters have a skill ceiling. At some point, you have to be at least so good in order to stay competitive, to get wins, to enjoy your time gaming. Unless you’re only playing and practicing that one game, you’ll eventually hit a wall where the losses vastly outnumber the wins. Overwatch has an active and bloodthirsty competitive scene. But one of the reasons that it has gotten such a huge audience so quickly is how many options it gives you. If you’re having a rough streak in competitive, then drop in for a No Limits match and laugh at how hard you can wreck people with six Symmetras. Or pop into Mystery Heroes and discover that you have a knack for Sombra’s stealthy style.

The unknown of Mystery Heroes, where your hero is chosen randomly with each respawn, and the goofiness of No Limits, where you can have multiple teammates playing the same characters, means a higher rate of unexpected moments. There’s next to no pressure to perform at your best when the strategic element of the match is all but gone, so you can take bigger risks and do funny things just for the hell of it. Maybe the gamble will work, more likely it won’t. But you’ll probably get a laugh in either case, and that’s a win too.