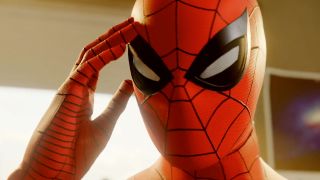 From the PS5 leaks, and that whole 'PS5 official announcement bar the reveal of the actual console name' thing that Sony did, it's looking like there's a huge focus on making sure that you're spending less time looking at a loading screen in the next-generation of consoles. And now, a brand new PS5 patent has emerged that sheds some light on how loading times on the PS5 are going to be distinctly shorter than those you'll currently experience on PS4.

The patent is beautifully titled as the "system and method for dynamically loading game software for smooth play", and states:

Now, while that doesn't sound that sexy, it explains how the PS5 will reduce load times by focusing on pre-loading data. In essence, it tracks your character and loads the areas you're about to go into before you even get there. Any given area will be broken down into segments and pre-loaded ahead of time, allowing for a much more seamless transition between areas.

From what we know of the PS5 hardware, it will use a specialised SSD drive, which will be more powerful, and faster than the hardware Sony's consoles currently use, which should allow this whole process to run much more smoothly. Hence that sexy patent title.

So while the PS5 won't eliminate load times altogether, it should drastically reduce the time you're left staring at loading screen after loading screen.

While waiting (not via a loading screen) for PS5, why not catch up with our pick of the best PS4 games?