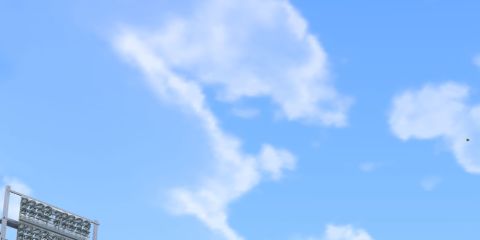 MLB The Show has been a vile temptress to thousands of sports fans for an entire console generation. Beautiful and alluring yet blisteringly difficult, it’s single-handedly sold more than a few PlayStations while simultaneously causing the destruction of expensive controllers. Finally, after years of tightening the screws on a solid baseball experience, the development team at Sony San Diego has heard the outcry and solved its biggest problem. MLB 13 The Show is the most accessible version of the franchise yet.

Playing a game of MLB 13 on the standard difficulty settings offers a challenging yet well-balanced experience. Like real baseball, hits are still hard to come by. Unlike past versions, though, an adjusted speed of the game and an increase in positive results for well-timed swings has transformed hitting from a painful act into a joyful one. While none of the control mechanics are fundamentally different than last year’s, batting, pitching, and fielding all feel a bit better and come together beautifully.

What’s more, beginners--typically the least-considered constituent of a console sports simulation--are welcomed to The Show with open arms. A true entry-level setting lets newbies enjoy its beautiful presentation while learning the basics, which serves several purposes. For starters, a wider variety of people will be able to pick up and play successfully. Even better, The Show tracks your success, provides feedback, then ups the ante little by little to keep pace as you learn. While there’s still room for more strategic teaching and tutorial segments, it’s a significant improvement that invites everyone interested in baseball to step up to the plate. Conversely, hardcore fans shouldn’t fear that they’ve been left behind, as The Show still offers the high-skill difficulty settings and deep configuration options its predecessors are known for.

Another calling card of The Show has been its lush sound and visuals, and this season does nothing to tarnish that reputation. From the nuanced player models featuring hundreds of individual mannerisms to the intricate stadium details and name- and situation-specific crowd noise, The Show envelopes you in the game of baseball. An upgraded TV-style presentation puts it all together in a lovely package, tailored to whether you’re playing a game in the minors or on the big stage. While there are signs that the series has hit a wall of sorts with the hardware--occasional framerate dips and players gliding through each other in the field--these are minor quibbles in an otherwise well-rounded experience.

The oft-acclaimed Road to the Show single-player career mode returns for the seventh straight year, streamlined to negate the agonizing load times of years past and featuring adjustments to presentation and advancement objectives. However, while many consider RTTS the trademark of the franchise, it remains essentially the same core experience since its introduction in 2007. Devoid of any emotional connection between you and your player, major career milestones and interactions with your managers are simply met with on-screen text. The Show seems happy to tinker with the same formula year after year, even as other sports sims significantly expand similar modes to add personality and variety. It’s a missed opportunity.

In fact, The Show as a whole feels like a modular evolution of the franchise. There are tons of microscopic improvements all around, yet the untrained eye will be hard-pressed to spot many of them. Over the past few years, the competition has improved; NBA 2K lit the sports game world afire with the Jordan Challenge, Madden rebuilt its foundation with Connected Careers and an all-new physics engine, and FIFA’s Online Clubs revolutionized multiplayer soccer forever. During that same time, The Show has refined its core gameplay and career modes to tremendous levels of realism, but it's failed to introduce a new, compelling way to play the game.

Its only truly unique feature is special, though. Using cross-save capabilities with the Vita’s version increases the value of both games immeasurably. Like last year, being able to play your franchise, season, or Road to the Show on either platform and move them back and forth is a delight--and one no other sports game offers.

The Show has the well-deserved reputation as the gold standard of current sports games, and thanks to its improved accessibility this season, more people should be able to enjoy it. It offers depth of gameplay and customization in a gorgeous, immersive baseball experience. As other sports games have taken risks and made dramatic changes to their foundation, however, The Show has kept their formula mostly unchanged while doubling down on the core experience. It’s a safe choice that pays dividends to dedicated fans and hopefully opens the door to new ones.

This game was reviewed on the PS3.