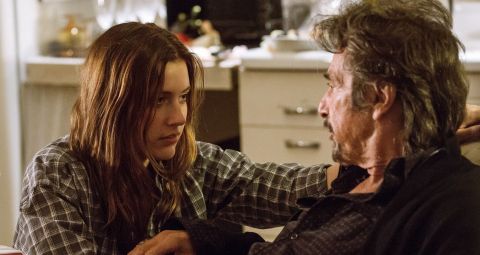 An actor in crisis who gets locked out of his theatre in his undies? It’s Birdman, right? No, actually. Barry Levinson’s take on Philip Roth’s novel The Humbling (the film’s original title, incidentally, before this rather generic UK re-titling) sees Al Pacino play Simon Axler, a Shakespearean thesp who loses the love of his craft, drifts in and out of fantasy then gets his mojo back via Greta Gerwig’s lesbian.

Doubtless, the film suffers next to Birdman’s flights-offancy, but Pacino packs a punch, the support includes Dianne Wiest and Dylan Baker, and there is sly comedy amid the melancholia.