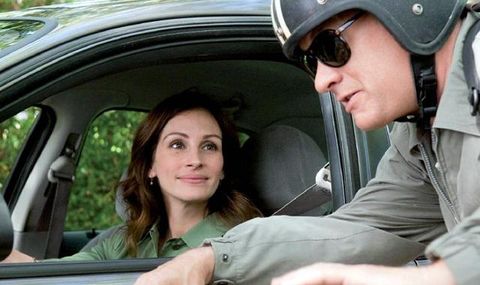 It’s debatable whether there is a character on Tom Hanks’ CV more, well, Hanksian than Larry Crowne, an affable team-leader at a discount warehouse that gets downsized.

Little wonder that the actor (co-scripting with Nia Vardalos of My Big Fat Greek Wedding fame) developed Larry as the hero of his second film as director.

Like his first, That Thing You Do!, Larry Crowne is an upbeat tale that won’t ruffle any feathers – even if it flirts with recession and repossession.

Despite making Employee-of- the-Month nine times in a row, Larry is out of luck when his bosses use his lack of university education to give him the chop.

Already divorced, and with mortgage payments mounting, he decides to head back to college. Swapping his gas-guzzler for a scooter (that makes him look like Wallace without Gromit), he signs up for a public speaking class taught by one Mercedes Tainot (Julia Roberts), who dents the pain of her joyless marriage with copious margaritas. You don’t need a crystal ball...

The characterisations are similarly uncomplicated: Larry is the good egg, beloved by all, while Mercedes clacks around in heels looking sour.

Truly, there isn’t much more to Larry Crowne than that. As ever, Cedric the Entertainer tries and fails to live up to his name as Larry’s shrewd yard-sale-obsessed neighbour.

There’s a nice cameo from George Takei as the economics teacher (who knew that Mr Sulu had such a manic laugh?). And Hanks keeps things chirpy and clipped, until that all-too-obvious finale.