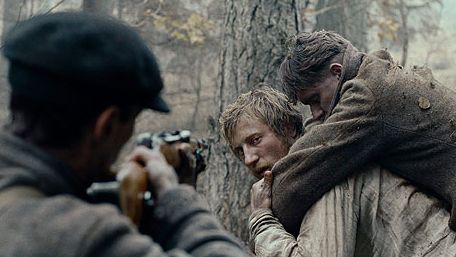 Russian heavy-hitter Sergei Loznitsa doesn’t pull any punches in this bleak yet oddly beautiful film about the moral choices facing a fatalistic Russian villager accused of collaboration in German-occupied Russia, 1942.

Shuffling its narrative until the guilt or innocence of Sushenya (an unsettlingly stoical Vladimir Svirskiy) is as tangled as the forest he’s hiding in, the film strips away ideas of heroism mercilessly.

But austere, distancing visuals, and a ponderous slow-burn pace ensure that it can’t rival Elem Klimov’s devastating Come And See in the war-is-hell stakes.