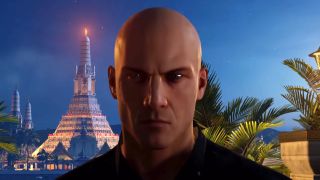 Just when you thought Agent 47 was ready for a vacation, Hitman: Game of the Year edition comes along with new missions and a clown suit. Developer IO Interactive announced the updated re-release for its episodic assassination game on its official website, coming to PC, PS4, and Xbox One digitally on November 7, 2017. No physical release is planned, though you could always pick up a copy of Hitman: The Complete First Season and buy the GOTY upgrade separately (more on that in a bit).

Hitman: Game of the Year Edition includes everything previously released for the game's first season with more to boot. Headlining the new content is the Patient Zero campaign. It's set across updated versions of the Bangkok, Sapienza, Colorado, and Hokkaido locations, and it lets 47 use new opportunities and disguises to unravel the global conspiracy behind a potential pandemic (by choking people and hiding their bodies in coat closets or drowning them in toilets or shoving them off of railings).

No, it isn't Hitman Season 2, but there's still a lot of goodness left in those existing locations - especially with the developers giving them a new visual and mechanical pass. This seems like a smart way for the newly independent IO Interactive to put some new material out there while not breaking the bank ahead of its next big project.

Hitman: GOTY Edition also adds three new outfits and corresponding Escalation missions, in case you ever wanted to speedrun murders while dressed as a clown with a baseball bat. If you already own Hitman, you can get all this extra stuff via a roughly $20 upgrade (IO says it will narrow down specific regional pricing soon). Various other upgrades like improved lighting, more Contracts Mode options, and Xbox One X enhancements will roll out to all Hitman players via a free update.

Oh, one more cool thing: starting in November, IO will give us all a second shot at any of the Elusive Targets they may have missed. These special missions give players a limited real-world window of time in which to kill a target. If they die or their targets escape, that chance is gone for good. That last point still stands: if you failed (or already completed) an Elusive Target mission, you won't be able to try that one again. This second round is just to give another chance to players who missed the first window.