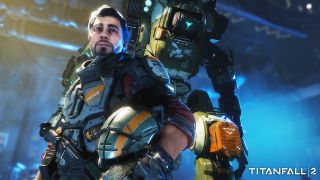 Any popular online game is bound to have some network problems around launch. But don't tell Titanfall 2's developers that it isn't practical or feasible to fully support the massive rush of players who are eager to try their new game. Respawn Entertainment will just tell you that's why it's already enlisted three of the biggest cloud service providers in the world to keep the pilots wall running and the Titans falling all through launch day.

The original Titanfall ran its multiplayer servers on Microsoft's beefy Azure cloud computing platform, in part because it was an Xbox One and PC exclusive. But it still had substantial launch day difficulties. According to Respawn, Titanfall 2 will use Microsoft, Google, and Amazon cloud servers to connect players and crunch numbers around the world, as well as dedicated "bare metal" servers. It's also working with UK game hosting firm Multiplay on new methods for making optimal use of all these servers.

This is a whole lot of new stuff to get right in one go, so Respawn is already planning to fail in the upcoming multiplayer tech test (there's still no date for that, but you'll know as soon as we do). Then it will use everything it learns to keep launch day on October 28 - and the rest of Titanfall 2's hopefully fruitful career of free DLC maps and modes - running buttery smooth. That's the plan, anyway.