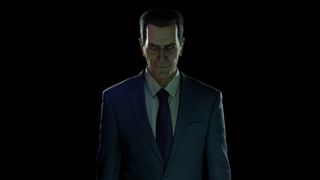 Half-Life: Alyx will be released on Monday, March 23, Valve announced today. At the time of writing, the game's Steam page still says it's expected in March 2020, but Valve confirmed the exact date on Twitter. After years of waiting, we finally know when the next Half-Life is coming out. A new Half-Life on a Monday - who would've thought?

Along with a proper release date, Valve also confirmed when pre-orderers can expect their goodies to arrive. "Pre-order bonuses for anyone who has purchased a Valve Index will start rolling out the week of March 2, beginning with Steam VR Home environments inspired by locations in Half-Life: Alyx," the studio said. "We will have more information on upcoming Valve Index availability soon." If you, like many, were unable to find a Valve Index headset in the wake of the great Alyx buyout, Valve reckons you'll have a good chance of finding one in the coming weeks.

If you've been living under a rock these past few months, here's a quick primer: Half-Life: Alyx is a VR-exclusive adventure set in the Half-Life universe. Valve has been leaning on its VR Index headset when promoting the game, obviously, but it'll be available on platforms like Oculus and HTC Vive as well. Rather than Gordon Freeman, Half-Life: Alyx stars Alyx Vance in her fight against the ever-present Combine, with the elusive G-Man seemingly making moves in the shadows. It's a very different breed of Half-Life, but judging from the trailers we've seen thus far, Valve hasn't lost its touch, so we could be in for another sterling sci-fi shooter.

Here's some promising news for people who don't like or can't handle VR: Valve reckons Alyx may kick off a broader return to the Half-Life universe.